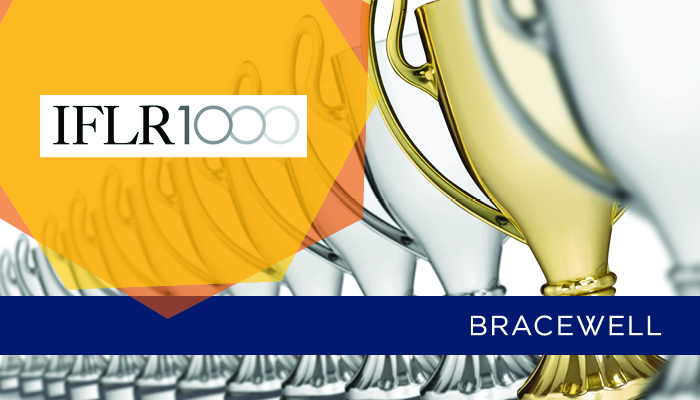 HOUSTON – The 2019 IFLR1000 Financial and Corporate Guide has recognized 11 Bracewell practices and 49 firm lawyers across the United States, the United Kingdom and the United Arab Emirates.

IFLR1000’s editors noted that in the United States “Bracewell stood out over the course of the research cycle for project development deals focused on oil and gas. The firm’s focus on the energy sector permeates every one of its practice areas, such as private equity, capital markets, M&A, banking and financial restructuring.”

UK clients described Bracewell as a “best in class law firm in relation to oil and gas financings,” adding that its “lawyers are excellent with [a] deep industry knowledge and [an] amazing network of contacts.”

Bracewell is also recognized in Project Finance in the UAE.

The Emirates Report: Can Law’s Gateway to the Middle East Survive the COVID-19 Storm?

In The News
Legal Week