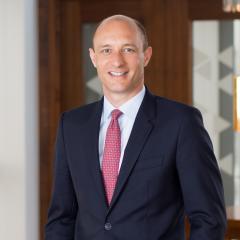 Oliver advises lenders and sponsors on the development and financing of cross-border projects across a broad range of industries, many of which are the first of its kind in their industry. He has significant experience advising on multi-sourced project financings involving export credit agencies, multilaterals and development finance institutions. He is also a regular speaker at industry conferences.

IFLR1000 has identified Oliver as a “Rising Star” or “Highly Regarded” every year since 2013, and he has been ranked by Chambers UK each year since 2012, where clients report that Oliver is considered “truly outstanding” and highlight his “knowledge of debt financing” and “drive to get the deal done.” Oliver is also ranked as a “Next Generation Partner” for Projects, Energy & Natural Resources: Infrastructure in The Legal 500 United Kingdom (2018-2020), and was nominated by in-house counsel and peers to appear in Euromoney’s 2015, 2016 and 2017 “Rising Stars” Expert Guides. Oliver was recognized by Law360 as a 2019 MVP for Project Finance and recently named to Law360’s 2020 Project Finance Editorial Advisory Board.

One client describes him as a ‘strong advocate for his clients who is always well prepared and provides very sound and pragmatic advice.’
Chambers UK, 2020

REPDO Round 2 IPPs — advising Marubeni Corporation and Al Jomaih Energy and Water Company, as the shortlisted bidder, with respect to the development and implementation of Rabigh 300 megawatt PV Solar Independent Power Project in Saudi Arabia

Saavi Energia — representing Actis in connection with the financing arrangements for its $1.256 billion acquisition of 2,220 megawatt of operating assets in Mexico*

Impact Oil & Gas Ltd — financing arrangements for the acquisition of an interest by Main Street 1549 Proprietary Limited (a Black Economic Empowerment company) in the Exploration Right for Block 11B/12B (offshore South Africa) and the first exploration well to be drilled on the block, and the associated $35M equity placing, as lender

Solicitor of the Senior Courts of England and Wales

Lining Up Corporates to Power Africa

In The News
Energy Voice

In The News
Islamic Finance News

In The News
Project Finance International

Nigerian Solar: The Path to Bankability

Financing Options: New Sources of Lending for Projects in African Oil and Gas

In The News
Thomson Reuters

Are the financial markets ready to weather the COVID-19 Storm?

The current COVID-19 pandemic is causing significant concern in the financial markets, reviving memories of the 2008 financial crisis. The sudden and almost complete shutdown of many non-essential businesses due to the mandatory ‘social distancing’ requirements...

In light of the on-going Covid-19 pandemic, many organisations are implementing remote working policies and limiting access to offices in order to effect social distancing measures. Notwithstanding the...

The end of LIBOR: The search for a new benchmark interest rate for Project Agreements

Often referred to as “the world’s most important number”, the London Interbank Offered Rate (LIBOR) is used as the reference interest rate for a range of commercial and financial contracts worth hundreds of trillions of dollars globally...

A Victim Of Its Own Success? Jordan Re-evaluates Its Power Generation Strategy

Irwin to Speak at WFES in Abu Dhabi