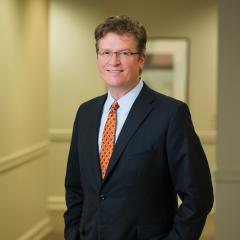 Tim's clients rely on him for strategic environmental permitting assistance, the defense of environmental enforcement actions and assistance with the environmental aspects of major transactions.  His clients report in Chambers USA that “he really gets issues and is commercially minded” and that “one of Tim’s chief strengths is his ability to explain the law in a way that anyone can understand” (2019).  They have also described him as “a very astute lawyer, liked for his quickness and thorough responses” (2007); as having “great business acumen and amazing negotiation skills” (2009); and as capable of delivering “practical, cost-effective solutions for his clients” (2011).

He has overseen environmental compliance audits involving thousands of locations, handled hundreds of environmental audit disclosures and pioneered the development and use of U.S. EPA's audit policy for new owners. Clients also note in Chambers USA that Tim is “fantastic, detailed and very strong with management systems.”

In addition to his duties at Bracewell, Tim periodically teaches the course in Corporate Environmental Law at The University of Texas School of Law. Before joining Bracewell, Tim was research assistant to Professor Laurence H. Tribe of Harvard Law School, editor-in-chief of the Harvard Environmental Law Review, and a judicial clerk for the Honorable Henry A. Politz, Chief Judge of the United States Court of Appeals for the Fifth Circuit.

One of Tim’s chief strengths is his ability to explain the law in a way that anyone can understand.
Chambers USA, 2019

Par Pacific Holdings, Inc. — environmental aspects of an acquisition of 100 percent of the equity interests in U.S. Oil & Refining Co. and certain affiliated entities for $358 million, including a 42,000 bpd refinery, a marine terminal and associated logistical system in Tacoma, Washington

International terminal company — defended in connection with a stormwater discharge incident that had been referred for criminal prosecution by the Harris County District Attorney, achieving its successful de-referral

Co-presenter, “What to Expect When You Don’t Know What to Expect:  Working the EHS Regulatory Crystal Ball,” Young Professionals in Energy Austin Chapter, May 5, 2017.

“EPA’s ‘Next Generation’ Enforcement Initiative – and What it Means for the Next Generation of Environmental Auditing,” The Auditing Roundtable’s 2016 National Meeting, Tempe, Arizona, April 11, 2016.

"Under Attack: How to Protect Your Power Generation Project Against Environmental Group Opposition," Power Engineering, November 25, 2014.

Bracewell Represents Kinder Morgan in $1.546 Billion Sale of US Portion of Cochin Pipeline

In The News
Bloomberg Environment

Bracewell Represents FX Energy in its Acquisition by ORLEN Upstream

In The News
Oil and Gas Investor Online

In The News
Corporate Counsel

Bracewell Represents Duke Energy in the $2.8 Billion Sale of its Midwest Commercial Generation Business to Dynegy

In The News
American Lawyer - Online

In The News
Daily Environment Report

GE Gets FTC Nod For $3.3B Deal For Oil Service Co. Lufkin

Deal of the Week: Lots of Energy

In The News
Austin Legal News

GE To Pay $3.3B For Oil Service Co. Lufkin In Stock Deal

By: Timothy A. Wilkins and Daniel J. Pope

EPA's New Owner Audit Policy: Making the Most of the Post-Closing Window

Environmental Auditing and Audit Disclosure in a New Era

Tim Wilkins discusses what changes in the country’s regulatory direction and approach to enforcement mean for environmental compliance auditing programs and audit disclosure under EPA and State audit policies.

By: Lisa M. Jaeger and Timothy A. Wilkins

In yet another example of the U.S. Environmental Protection Agency (EPA’s) “sue and settle” approach to regulation, in late December 2016, EPA entered into a Consent Decree with an environmental group and agreed to reconsider the Agency’s current treatment of oil and gas wastes under the federal Resource Conservation and Recovery Act (RCRA). See Consent Decree, Civil Action No. 16-842. With the D.C. District Court’s approval of this Consent Decree, EPA is now bound to a court-imposed timeline for determining (1) how oil and gas wastes should be regulated under RCRA Subtitle D; and (2) whether...

By: Brittany M. Pemberton and Timothy A. Wilkins

By: Timothy A. Wilkins and Jason B. Hutt

Environmental Essentials for In-House Counsel: “Next Generation” Enforcement and Compliance

In a recent article for the Texas Environmental Law Journal, I explore TCEQ’s view that the management of wastewaters or other industrial wastes “adjacent to water in the state” – construed expansively as (a) any location anywhere above groundwater or (b) anywhere waste may be “disposed of” via evaporation – requires a “Texas Land Application Permit” under the Water Code, above and beyond obtaining a Registration under TCEQ’s waste program. Under TCEQ’s interpretation, surface impoundments, evaporation ponds, on-site waste storage and disposal units, enclosed cleaning operations, sumps, and...

By: Timothy A. Wilkins and Jason B. Hutt

By: Timothy A. Wilkins and Lowell M. Rothschild

By: Kevin A. Ewing and Timothy A. Wilkins

A new $1.3 million Clean Air Act penalty action by U.S. EPA and the Michigan Department of Environmental Quality against AK Steel Corporation has received significant public and media attention this week. The proposed consent decree, filed with the court and opened for public comment on May 19th, includes significant cash penalties and supplemental environmental project requirements, along with burdensome obligations to establish an environmental management system, perform third party audits, and install costly new pollution controls. Less often mentioned in this week's stories about the...

By: Timothy A. Wilkins and Jeffrey R. Holmstead

On August 12, 2014, the 9th Circuit Court of Appeals overturned a Prevention of Significant Deterioration (PSD) permit issued under the Clean Air Act (CAA) by EPA to the Avenal Power Center. Sierra Club v. EPA, No. 11-73342 (9th Cir. Aug. 12, 2014). The PSD permit authorized the construction of a 600 MW natural gas-fired plant located in California's San Joaquin Valley. The plant was required to install state-of-the-art pollution controls for all traditionally regulated pollutants, such as nitrogen oxides, particulate matter, and carbon monoxide. The Court vacated the PSD permit because it...

On April 17, the Texas Commission on Environmental Quality's new greenhouse gas (GHG) regulations became effective, establishing the framework for a new GHG permitting program at TCEQ, which the agency hopes to begin implementing in the summer of 2014. Before this can happen, EPA must officially approve the rules and also rescind the Federal Implementation Plan under which it currently regulates GHGs in Texas. The rules have immediate implications for a variety of facilities, however. Whereas the changes to the PSD program only involve new or modified facilities, the Title V aspects of the...

Spill Prevention under the Proposed Waters of the United States Rule

We've blogged about the scope of EPA's proposed Waters of the United States rule and whether it provides any additional clarity to the current regulatory scheme. With this post, we'll start to outline some direct potential impacts on different segments of industry. Today, we briefly examine what an expanded regulatory scope of waters could mean for industries required to comply with the Spill Prevention, Control, and Countermeasure (SPCC) Rule under the Oil Pollution Act and the Clean Water Act. The SPCC Rule applies to most types of facilities with an aboveground oil storage capacity greater...

As anticipated, on March 26, 2014, the Texas Commission on Environmental Quality (TCEQ) adopted rules to implement House Bill 788, which required the Commission to establish greenhouse gas (GHG) emissions rules. The new rules will become effective on April 17, 2014. This action is one more step in the process of transitioning GHG Prevention of Significant Deterioration (PSD) permitting authority from EPA to TCEQ. These regulations come on the heels of EPA publishing a proposal to approve the Texas GHG PSD revisions to the Texas State Implementation Plan (SIP) in 79 Fed. Reg. 9,123 (Feb. 18,...

On Tuesday, February 4, 2014, EPA issued a pre-publication copy of a proposed rule that if adopted would transfer greenhouse gas (GHG) permitting in Texas from EPA Region 6 to the Texas Commission on Environmental Quality (TCEQ). The proposed rule has yet to be published in the Federal Register. When it is published, the public will have 30 days to comment on the proposed rule. EPA must review and respond to those comments before it can adopt a final rule that would transfer authority to TCEQ. EPA is proposing to approve portions of various State Implementation Plan (SIP) revisions to the...

In a rule published on December 30, 2013 and effective immediately upon publication, EPA formally adopts a new standard for conducting All Appropriate Inquiries (AAI) at potentially contaminated sites. 78 Fed. Reg. 79319. The AAI rule outlines steps for potential property purchasers to take to claim a limitation on CERCLA liability connected to purchased property. 40 CFR Part 312. EPA allows purchasers to use the applicable ASTM standard for Phase I Environmental Site Assessments to satisfy their obligations under the AAI rule. In this rule, EPA incorporates new ASTM International Standard...

As we discussed in an October post , the Texas Commission on Environmental Quality (TCEQ) has proposed rules to create a greenhouse gas (GHG) permitting program for the state of Texas and take over permitting authority from the U.S. Environmental Protection Agency (EPA). Because it hopes to make the transition as quickly as possible, TCEQ is using a streamlined public participation process, which is soon coming to an end. At 2:00 pm on December 5th, TCEQ will hold its only public hearing on the proposal (see notice here ). TCEQ will then continue to accept written comments on the rules...

On October 4th, the Texas Commission on Environmental Quality (TCEQ) released a preliminary draft of a proposal to establish greenhouse gas (GHG) permitting regulations for the state of Texas. This action kicks off what is likely to be a lively discussion between stakeholders and regulators over the design of Texas's GHG permitting program. But it represents a first step toward an important change from the status quo. For almost three years now, Texas companies have been subject to two different permitting authorities for air permits: the U.S. Environmental Protection Agency (EPA) issues GHG...

On June 10, 2013, EPA issued a final greenhouse gas (GHG) Prevention of Significant Deterioration (PSD) permit to PL Propylene, LLC for construction of combustion turbines, heaters, waste heat boilers, and a flare at an existing propane dehydrogenation plant in Houston, Texas. Currently, EPA Region 6 has 69 permit applications listed on their docket. Of those applications, EPA has finalized 15 PSD permits. Processing time from initial application to final permit varies, but the time line has ranged between six months to over 14 months with some applications having been pending for longer than...

Swift to Speak on Air Panel at Superconference

Wilkins to Present at Environmental Health and Safety Audit Center

Collins and Wilkins on Crisis Panel at Superconference

Tim Wilkins to Present on Next Gen Enforcement at Auditing Roundtable