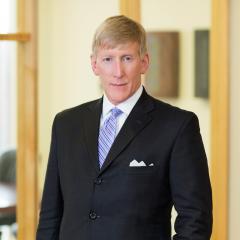 Tullos has specific experience in union avoidance and managing relationships, collective bargaining and handling unfair labor practice charges, including federal and state court trials, arbitrations and proceedings before the National Labor Relations Board and other federal and state administrative agencies. He also trains managers around the country in labor relations issues. In addition, Tullos devotes substantial time and attention to his role as honorary consul to Canada in San Antonio and as founding chair and vice-chair of the Lone Star Rail District, building a commuter rail system between Austin and San Antonio, Texas.

Board Certified, Labor and Employment Law, Texas Board of Legal Specialization

‘It could happen to anyone'

S.A. isn't high up in trade with neighbors