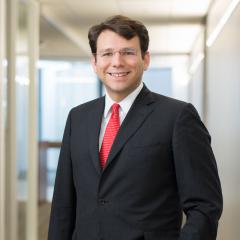 Carl von Merz represents public and private companies in their mergers and acquisitions (M&A), divestitures, joint ventures and other significant transactions. His work has a particular focus on U.S. upstream M&A and private equity transactions. He advises clients in acquisitions and divestitures of both producing and nonproducing oil and gas properties in all of the premier unconventional basins in the U.S.

He also works with private equity funds and management teams on the formation of partnerships, limited liability companies, and other entities for investments related to the energy industry. Carl’s work has involved cross-border transactions across Latin America, including in Mexico, Brazil and Colombia.

Carl previously spent five years as lead in-house counsel of Statoil, an international energy company, where he advised on the company’s most significant U.S. mergers, acquisitions, and divestitures.

Privately held exploration and production company — $110 million divestiture of producing and nonproducing properties in the Permian Basin to a large, independent energy company*

International energy company — series of related acquisitions and joint ventures with a private equity backed exploration and production company covering over 400,000 acres of undeveloped oil and gas properties in various basins in the United States*

Private equity fund — buy-out from another private equity fund of a controlling interest in an early stage, clean-tech oilfield services company and the negotiation of a related equity commitment with the company’s management team*

Large, independent midstream company — formation of a joint venture with a major energy company to develop gathering and pipeline systems in the Eagle Ford Shale Play*

Management of a private exploration and production company — $254 million equity commitment from a major private equity fund for the acquisition and ownership of fee, royalty and mineral interests in the U.S.*

Management of a private exploration and production company — $524 million equity commitment from a major private equity fund for the acquisition and development of unconventional oil and gas properties in the U.S.*