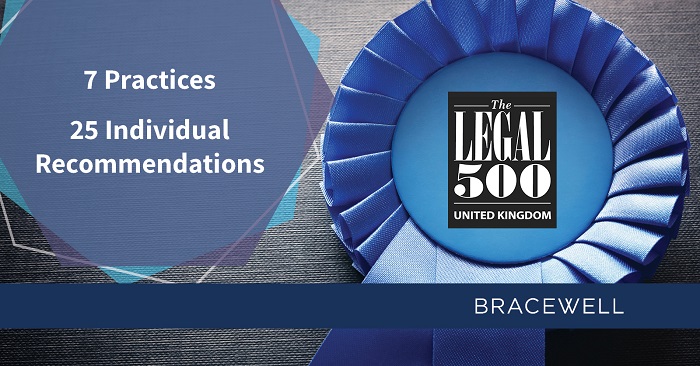 Legal 500 praised Bracewell for its “strong expertise in the energy sector,” including a “‘very strong reputation’ for energy-related financings.” In addition, Legal 500 editors note that the firm has a “well-established strength in the transactional space of the oil and gas sector, which is complemented by its growing dispute resolution sub-team.”

Legal 500 benchmarks the strengths of law firms in more than 100 jurisdictions based on feedback from 300,000 clients worldwide.

*Bracewell received an individual recommendation only