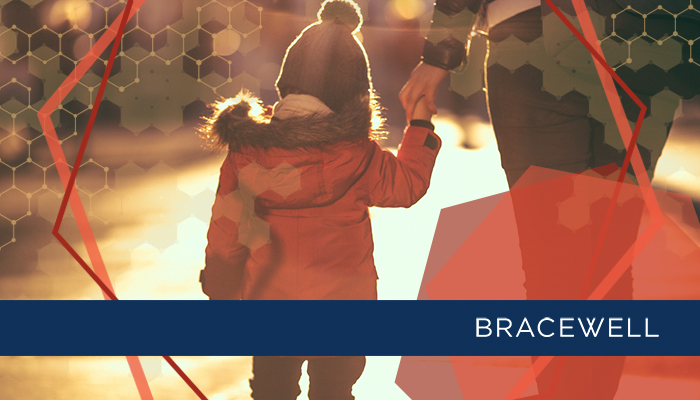 In August 2017, Star of Hope – a century-old Houston nonprofit – welcomed nearly 400 homeless women and families to its newly opened, 48-acre residential center. Named Cornerstone Community℠, the large-scale development offers residents an array of social services to which many would otherwise not have access.

“Star of Hope is the main developer behind the project, which encompasses a 220,000-square-foot facility for homeless women and families,” said Hank Rush, president and CEO of Star of Hope. “It’s a very broad concept. We’re here to meet not only our residents’ short-term emergency needs, but longer-term needs as well, including everything from health and housing to employment. Our goal is to help these individuals and families gain their independence.”

Two days after the facility opened its doors, tragedy struck the Houston area. Hurricane Harvey made landfall, resulting in record-breaking destruction, including hundreds of thousands of flooded homes and the displacement of more than 30,000 people. However, because of its location just south of Houston city limits and away from flood plains, the facility experienced no significant damage. Cornerstone Community℠ was already proving to be an essential resource for Houston’s homeless population – a literal shelter from the storm.

“None of this would have been possible without the work of Bracewell,” Rush said. “Various disciplines within the firm have come together to help make Cornerstone Community℠ a reality. We appreciate the firm and its excellent work very much.”

The link between Star of Hope and Bracewell can be found in Aaron P. Roffwarg, chair of Bracewell’s real estate department. He – along with a team of Bracewell attorneys from across three offices and practices including real estate, financing, construction and IP – provided Star of Hope with the legal services to make the ambitious vision a reality.

“We were engaged about five years ago, when Star of Hope started in earnest to acquire the land and enter into various partnerships,” Roffwarg said. “Our role has been development counsel, which includes all aspects of the development such as land acquisition, land sales, leases, joint ventures, financing, bank loans and intellectual property.”

For Roffwarg and his team, the project represented a significant undertaking. The facility required a variety of unique partnerships, including between public and private organizations. While some partnerships were routine for construction projects, such as entering into architect and engineering agreements, other relationships had to be hammered out that were atypical. These included partnership agreements with other charitable organizations to facilitate the development of certain facilities and programs, such as the site’s community center.

“The project has required a different kind of negotiation from what we typically do in our corporate real estate work,” Roffwarg said. “With Star of Hope, we’ve been negotiating mostly with partners as opposed to counter-parties. There’s no adversarial relationship.”

The project also required attention to detail that went above and beyond the typical corporate construction project. For example, many of Cornerstone Community’s residents do not have access to their own transportation. To be independent, including maintaining employment, residents needed a way to get to and from the city.

“Things that we would rarely run into on typical commercial properties, such as focusing on unique security concerns and making sure there was convenient and sufficient access to public transportation, really opened our eyes to things that really matter,” Roffwarg said. “There were a lot of little things like that that we were more than happy to help with.”

While the Bracewell team certainly had a positive impact on the Star of Hope residential center and its residents, the project has left a lasting impression on the lawyers as well. For many of the younger lawyers who assisted, it was a hands-on educational experience.

“Everyone on the Bracewell side has come to a better understanding that knowing what the client’s underlying motivations and goals are for the completed project really dictates how every element of the project has to be negotiated and handled from a legal point of view,” Roffwarg said.

In addition to providing an opportunity to sharpen their skills in the legal arena, the Bracewell team has been personally touched by the work they have done for Star of Hope. For Roffwarg, it has given him a new perspective on whom homelessness affects and the importance of organizations like Star of Hope.

“It’s been one of the most impactful experiences of my career,” Roffwarg said. “I have really learned so much about who occupies these facilities. The folks who make up the majority of the residents are people we would consider our neighbors who simply had traumatic experiences, such as a death, an uninsured illness or an abusive relationship. They didn’t have a safety net, and found themselves and their children homeless with nowhere to turn.”

Roffwarg and his team continue to help Star of Hope expand its Cornerstone Community℠, including future projects to develop surrounding land on the site to provide residents with various other needed services for this community environment. Meanwhile, Star of Hope is happy to have the ongoing relationship and looks forward to completing planned amenities for the site.

“Bracewell has been wonderful to work with,” Rush said. “They’re very professional and meticulous. It’s been a smooth effort with the team. We know that what we do here has really resonated with them.”