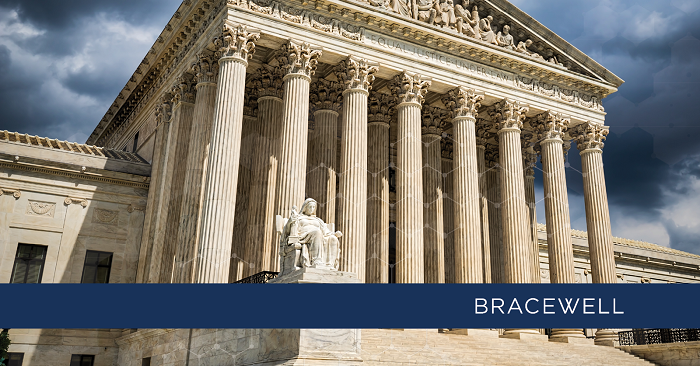 In an 8-1 decision, the Supreme Court settled a long-standing circuit split regarding the impact of bankruptcy filings on trademark licenses. Until May 20th, brand owners in some jurisdictions could use bankruptcy protections to terminate the rights of third parties to use its licensed trademarks. Now, it is clear that a bankrupt licensor cannot rescind trademark license rights. Licensees can continue to do whatever their trademark licenses authorize, even if the licensor has filed for bankruptcy. Mission Product Holdings, Inc. v. Tempnology, LLC, No. 17-1657 (S. Ct. May 20, 2019) resolves what some have called “the most significant unresolved legal issue in trademark licensing.”

How We Got Here: A History of Bankruptcy and IP Licenses.

The Court’s ruling provides much needed clarity for trademark licensees. Confusion over bankruptcy and trademark licenses first arose in 1985 when the Fourth Circuit held that a rejection of an intellectual property license under §365(a) of the Bankruptcy Code (which allows for bankruptcy debtors to reject executory contracts) effectively cancelled the parties’ license agreement. See Lubrizol Enters., Inc. v. Richmond Metal Finishers, Inc., 756 F.2d 1043, 1046 (4th Cir. 1985). In response to Lubrizol, Congress added §365(n) to the Bankruptcy Code which gives licensees the choice to continue using certain licensed intellectual property after rejection by the licensor debtor or assert a claim for damages. However, the Bankruptcy Code’s definition of “Intellectual Property” does not expressly include trademarks.

The Seventh Circuit took a different approach noting that §365(g) of the Bankruptcy Code defines a rejection under §365(a) as a “breach” and that because a licensor’s breach of its obligations does not generally terminate the other party’s rights, a rejection under §365(a) does not limit the licensee’s bargained for rights to use the licensed trademarks in accordance with the license agreement. See Sunbeam Prods., Inc. v. Chicago Am. Mfg., LLC, 686 F.3d 372, 276-77 (7th Cir. 2012).

The Supreme Court and Mission Product:  Breach But Not Bye-Bye.

The Supreme Court’s opportunity to settle the debate over trademark licensee rights in bankruptcy cases arrived at last with Mission Product, which, as the Court put it, arose from “a licensing agreement gone wrong.” Licensor/debtor Tempnology, LLC manufactured clothing and accessories designed to stay cool during exercise and marketed those products under the trademark “COOLCORE.” In 2012, Tempnology entered into an agreement with Mission Product, giving them an exclusive license to distribute COOLCORE branded products in the U.S., as well as the non-exclusive right to use the COOLCORE marks in the U.S. and around the world. The license was set to expire in 2016 but in September 2015 Tempnology filed a petition for Chapter 11 bankruptcy and asked the Bankruptcy Court to allow it to “reject” its licensing agreement with Mission under §365(a). Tempnology took the position that its rejection also terminated the parties’ license agreement.

Tempnology argued that unless it was allowed to reject and terminate its licensing agreement with Mission Product, it would have to choose between expending scarce resources to ensure the mark was being used properly by Mission Product or potentially risk the loss of its valuable trademark asset. The First Circuit agreed and so the Supreme Court granted certiorari to resolve a growing division among the various circuits on the precarious situation of trademark licenses in bankruptcy proceedings.

Siding with the Seventh Circuit, the Supreme Court held that rejection of any contract in bankruptcy operates not as a rescission but as a breach of the agreement. “The debtor can stop performing its remaining obligations under the agreement,” wrote Justice Elena Kagan on behalf of the majority. “But the debtor cannot rescind the license already conveyed. So the licensee can continue to do whatever the license authorizes.” Justice Kagan further acknowledged that the Court’s ruling reflects the general bankruptcy rule that an estate cannot possess anything more that the debtor itself did outside bankruptcy. “So if the not-yet debtor was subject to a counterparty’s contractual right (say, to . . . use a trademark), so too is the trustee or debtor once the bankruptcy petition has been filed. The rejection-as-breach rule . . . ensures that result.”

Further, the Court rejected Tempnology’s argument that the continuation of the license agreement would somehow result in its inability to exert quality control over its trademark. The Court noted that Section 365 does not relieve debtors of the obligation to take appropriate action to preserve the estates’ value—meaning Section 365 did not prevent Tempnology from enforcing its trademark rights or ensuring that its trademark was being used by Mission Product in accordance with the terms of the parties’ license agreement.

The lone holdout and dissenting opinion came from Justice Neil Gorsuch, who argued that the case should never have been accepted in the first place because Mission Product’s claim for relief was moot as the license had expired during the pending litigation.