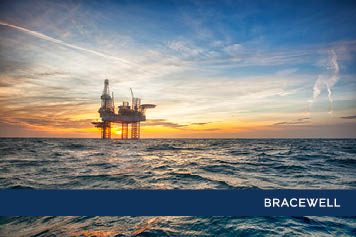 There have been a number of recent English Court decisions concerning implied obligations of good faith.  In May 2019, we considered the potential impact of those decisions on joint operating agreements in the oil & gas industry (“JOAs”) (see our previous article here). We anticipated that arguments on implied obligations of good faith would become more of a focus in JOA disputes, but noted that the English Courts had not (at that time) considered the issue specifically in the JOA context.

The English High Court has recently provided further guidance on this issue in TAQA Bratani Limited and others v Rockrose [2020] EWHC 58. Specifically, it has considered whether the exercise of certain express powers contained in the JOAs in question were impliedly qualified by an obligation of good faith and also an obligation not to act capriciously, arbitrarily or irrationally.

As with the majority of such cases, the decision turns on its facts and the wording of the JOAs in question. However, given the relatively small number of English Court decisions concerning JOAs, this judgment provides useful guidance to operators and non-operators alike on the English law approach to the interpretation of JOAs and the circumstances in which implied duties and obligations may arise.

The key points arising from the decision are:

Who were the parties?

The JOAs at the heart of this case concern the Brae Fields in the UK North Sea.[1]  The parties to the JOA are TAQA, JX Nippon, Spirit Energy, and RockRose.

RockRose acquired Marathon Oil UK LLC (the Operator entity under the JOAs for the Brae Fields) in 2019, and renamed it RockRose UKCS8 LLC. By doing do, RockRose effectively acquired the role of Operator.

What was the dispute about?

Following RockRose’s acquisition of Marathon Oil UK LLC, the other parties voted to terminate its appointment as Operator. It was not disputed that they followed the correct contractual procedure. However, RockRose nevertheless claimed that the termination was invalid and of no effect.

Taking on the role of operator under a JOA comes with responsibility and obligations, but it can also be seen as valuable because operators usually have a higher level of influence and control than non-operators. This is one of the reasons that the acquisition of an incumbent operator (in particular by a company or group with little or no experience acting as an operator) frequently give rise to disputes. In fact, this is not the first time that the Brae field owners have objected to a new operator taking control following a disposal.[2]

What were the key issues for the Court to decide?

The High Court had to decide whether the termination of RockRose’s appointment as Operator was valid and effective.

RockRose argued that the power to terminate which was purportedly exercised by the non-operating parties was impliedly qualified by:

The non-operating parties’ position was that the power to terminate was an express and unqualified one. They argued that:

What was the result?

The High Court found in favour of the non-operating parties, concluding that the power to terminate the Operator’s appointment was an unqualified and absolute right. It concluded that no Braganza Duty nor Implied Duty of Good Faith applied.

In reaching its decision, the High Court confirmed:-

As anticipated in our earlier article, arguments based on implied duties (such as the Implied Duty of Good Faith and Braganza Duty) are increasingly being advanced in JOA disputes. This is not surprising, as they add to the number of weapons in a claimant’s armoury. However, whether they have any utility will ultimately depend on the proper interpretation of the JOA in question and, in particular, the express language used. The freedom of parties to contract on the terms they choose is paramount in English law. This is why arguments that terms should be implied are rigorously tested.  For this reason, including express wording specifically addressing concepts such as good faith at the time the JOA is negotiated remains advisable.

The facts underlying the High Court’s decision should also act as a warning to those considering acquiring interests in oil & gas assets with the expectation of assuming the role of Operator. As demonstrated by this case, some JOAs permit the non-operating parties (acting unanimously or by majority) to remove and replace the Operator at will. If the assumption of the role of Operator is an important aspect of the acquisition, proper due diligence of such provisions should be undertaken and, if possible and practical, suitable assurances and protections sought.

[4] A useful summary of the English law on the construction of contracts is provided at paragraph 26 of the judgment.