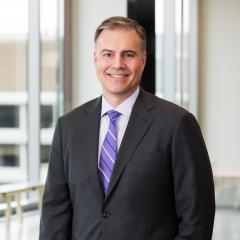 Bob Wagman has experience representing U.S. and foreign companies of all sizes in a broad range of industries in all facets of conducting business with the government including government contracts, grants and other federally-funded projects. His experience ranges from representing companies in litigation matters before courts and administrative tribunals to advising clients in transactional matters and regulatory compliance.

Bob has represented numerous companies in civil False Claims Act (qui tam) matters ranging from representing companies at the early stages of DOJ/Inspector General investigations, to securing dismissal of qui tam complaints, to defending firms in jury trials. He has conducted internal investigations on behalf of companies and boards of directors and advised on self-disclosure obligations. Bob also has represented companies and individuals in suspension and debarment matters. He has experience in representing government contractors in criminal investigations involving alleged misconduct on government programs. In the bid protest arena, he has successfully represented both protesters and intervenors in bid protest matters at the GAO, the Court of Federal Claims and before agencies. He has prosecuted claims on behalf of companies and also represented companies in prime/sub disputes.

A publicly traded IT services firm — one of the several industry-wide False Claims Act cases claiming overcharging on government contracts related to travel rebates. After DOJ investigation, the government and relator voluntarily dismissed the case against our client before seal was lifted.*

IT Services firm — internal investigation on a classified contract related to a whistleblower’s claims concerning falsified time charging, resulting in the government electing not to pursue any charges.

A publicly traded company — successfully defended client in an eight-year grand jury investigation jointly conducted by DOJ and the Department of Defense Office of the Inspector General into alleged bid rigging related to US Air Force government contracts. Prosecutors closed the investigation without any charges being filed against the company or any individuals.*

A government contractor — defended client contractor in a grand jury investigation into alleged antitrust violations related to state human services contracts. DOJ Prosecutors closed the investigation without any charges being filed against the company or any individuals.*

The Dotted Line: 4 ways to avoid suspension or debarment on federal contracts

In The News
Construction Dive

Sanctioned For Deleting Emails, Plantronics Could Lose Fed Contracts Too

In The News
Bol bna

DOJ Reveals Foreign Agent Cases Are Fara from Over

Department of Defense's "Other Transaction Authority"

Navigating the Feds: The Risks and Rewards of Federal Contracting & Subcontracting in Cybersecurity

In August 2018, Angela Styles, Bob Wagman and Phil Bezanson gave a presentation at the Cyber Texas conference in San Antonio that analyzed the risks and rewards of federal contracting and subcontracting in Cybersecurity.

Suspension and Debarment: It's Not Just for Government Contractors

On December 21, 2017, the Civil Division of the U.S. Department of Justice (DOJ) released its annual statistics on False Claims Act recoveries, announcing that it had obtained more than $3.7 billion in settlements and judgments in Fiscal Year 2017. (A copy of DOJ’s press release is available here...

In another reminder that doing business with the federal government presents unique risks, on September 22, 2017, the U.S. Justice Department announced that SolarCity Corporation had agreed to pay $29.5 million to resolve the government’s allegations that SolarCity and related entities had violated the Civil False Claims Act...

By: Robert J. Wagman Jr. and Jeffery B. Vaden

Federal Procurement: CBCA side with DOE on Nuclear Contractor’s Claim for Additional Fees

On March 23, 2017, the Civilian Board of Contract Appeals (CBCA) granted summary judgment to the Department of Energy in a contract dispute with CB&I AREVA MOX Services, LLC (Mox Services) over the appropriate fee in a contract for mixed oxide fuel fabrication and reactor irradiation services with the National Nuclear Security Administration (NNSA). The contract at issue was a cost-plus-fixed-fee contract originally awarded in 1999, which called for the design and planning of a domestic mixed oxide fuel fabrication facility. MOX’s contract also provided for three option phases for cold...