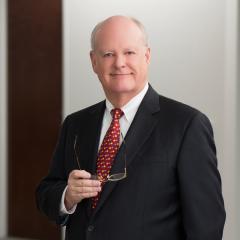 During his 45 year career at Bracewell, Dan Witschey has focused on providing thoughtful, practical advice to companies, their boards of directors and committees. Equally adept in the mergers and acquisitions and securities arenas, Dan also regularly counsels on corporate governance matters and fiduciary duties. He frequently represents special committees of master limited partnerships in conflict situations ranging from dropdown transactions to equity restructurings and sales of the company.

In 2020, Dan was elected a Fellow of the American College of Governance Counsel, a professional, educational, and honorary association of lawyers widely-recognized for their achievements in the field of governance.

Special Committee of Western Gas Partners, LP — $600 million acquisition of assets in the Green River Basin and an interest in Chipeta from affiliates of Anadarko Petroleum Corporation

The University of Texas School of Law,
J.D.
1975
Massachusetts Institute of Technology,
B.S.
1972

The Best Lawyers in America Recognizes Professional Excellence of 98 Bracewell Lawyers, Including Six “Lawyers of the Year” and 15 “Ones to Watch”

GE gets green light for Lufkin deal worth $3.3B

May 7, 2013 In The News Houston Business Journal - Online

Deal of the Week: Lots of Energy

GE Gets FTC Nod For $3.3B Deal For Oil Service Co. Lufkin

GE To Pay $3.3B For Oil Service Co. Lufkin In Stock Deal