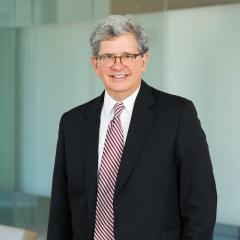 Paul Shechtman has more than 30 years of experience, representing clients in federal and state criminal and regulatory matters. His experience includes cases involving antitrust law, health care fraud, insider trading, political corruption, and the Foreign Corrupt Practices Act (FCPA). Paul has argued more than 40 cases in the New York Court of Appeals, the Appellate Departments and the Second Circuit Court of Appeals; his work before federal and state appellate court has led to important precedents.

Prior to entering private practice, Paul served as the director of criminal justice under Governor George Pataki. In that role, he negotiated criminal justice legislation on behalf of Governor Pataki. He spent six years as counsel to District Attorney Robert Morgenthau in New York County; and he served two terms as an assistant U.S. attorney in the Southern District of New York, first as chief of appeals and later as chief of the criminal division.

Paul was also appointed by Governor Pataki to serve as the chair of New York State Ethics Commission, the New York State Commission on Lobbying and the Governor’s Judicial Screening Committee for the Court of Claims. In 2005, Governor Pataki appointed Paul as an advisor to the Office of the Medicaid Inspector General to help overhaul the state agencies that pursue Medicaid fraud.

Paul Shechtman is ‘shockingly good,’ according to market sources, who add: ‘He is an exceptionally gifted trial lawyer.’
Chambers USA, 2020

New York Crane Company — represented client which was indicted for manslaughter and other crimes stemming from an accident in northern Manhattan. The trial resulted in an acquittal on all counts.

CEO of a New York Stock Exchange specialist company — represented the client on charges brought by the SEC alleging fraud in trading. After a two-month hearing, all fraud charges were dismissed

“Reflections on Jury Nullification and a Dismissed Indictment,” New York Law Journal, May 17, 2012.

SCOTUS Set To Examine an Evidentiary ‘Mess’ in ‘Hemphill’

Left, Right Switch Sides When it Comes to Trusting Judges

The “Exception to the Exception” on Gun Rights

Paul Shechtman to speak at the NACDL Conference