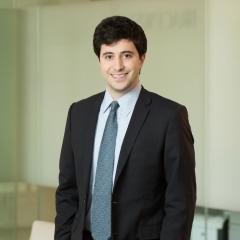 Mark Wulfe focuses his practice on complex commercial disputes, including federal and state court litigation and international and domestic arbitration. He has litigated cases ranging from trademark infringement claims  to oil and gas royalty class actions and qui tam suits under the False Claims Act. He has assisted clients in preparing appellate in state and federal courts, including before the United States Supreme Court. Mark’s trial experience includes obtaining a full-defense jury verdict in a premises liability case in Harris County District Court. Mark also devotes substantial energy to pro bono initiatives, working on a team that secured, on the morning of trial, a substantial settlement for a state prison inmate injured by correctional officers.

Prior to joining Bracewell, Mark worked as a judicial clerk for the Honorable Nancy K. Johnson of the U.S. District Court for the Southern District of Texas.

Midlevel Associates Are Being Reassigned to Feed the Bankruptcy Beast

In The News
The American Lawyer