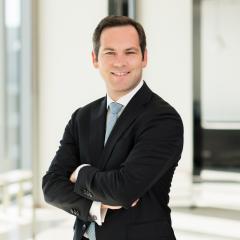 Liam Donovan is a veteran government relations strategist with nearly two decades of experience working at the intersection of politics and policy. He advises leading corporations, trade associations and non-profit organizations on the federal legislative and regulatory process, and helps plan and execute campaigns to advance their policy goals. He also provides strategic analysis and intelligence to institutional investors, executives and other clients who are looking to separate the signal from the Beltway noise.

Liam joined Bracewell from Associated Builders and Contractors (ABC), where he served as the association’s lead on tax, energy and fiscal issues for more than six years, representing the construction industry before the House, Senate, White House and federal agencies, while providing strategic guidance on the association’s political activities.

Before beginning his career as an advocate, Liam spent four years and two elections cycles on the staff of the National Republican Senatorial Committee, ultimately serving as a regional finance director under Senator John Cornyn (R-TX.) He maintains strong ties to Republican leadership in both chambers.

Liam is a frequent commentator and writer on national politics. His work has been published in National Review, POLITICO Magazine and the New York Post. He is frequently quoted in national media outlets from the Washington Post to The New York Times, and he has appeared as a political analyst on CNN, CNBC, MSNBC and Fox News Channel. A recent POLITICO feature called him “a keen, clear-eyed analyst of legislative maneuvering.”

Why Debt Ceiling Risks Could Be Real This Time

Breaking Down the Inflation Reduction Act

September 1, 2021 In The News POLITICO Magazine

The Energy 202: Biden’s Climate Agenda has a Better Chance with Democratic Senate Control

Infrastructure Often Embraced By Both Parties, to No Avail

US Solar Industry Gets Boost With New IRS Guidance

Why top Republicans are fleeing the House

December 16, 2017 In The News BloombergQuint

All I Want For Christmas Is....Permitting Reform

The Breakdown Versus The Bottom Line

Infrastructure Under the Biden Administration

New Guidance: SBA Clarifies That Foreign Employees Must Be Counted for PPP

House Republicans Seek to Lock In, Expand Tax Cuts With "2.0"

What It Takes to Violate Campaign Finance Law

Too Close to Call: Monitoring the Midterms

Peering into the Midterms Crystal Ball with Sabato's Kyle Kondik

What to Expect from EPA's Andrew Wheeler, Trade War Mixed Messages, and More

Keeping Up the BEAT: Offset Outlook Beyond 2025

What's in Our Wallet? Balancing a National Budget

What to Watch: Five Key Features of the Infrastructure Package

State of the Union Power Half-Hour

The Tax Cuts and Job Acts: Its Impact on the Energy Industry Webinar

The Lobby Shop: A Crash Course on What to Watch with NAFTA & Trade

The Lobby Shop: Tax-Mas Hangover? What's Coming Up in 2018

The Lobby Shop: Bonus Episode: On the 36th Day of Tax-Mas...

The Lobby Shop: Hired Guns: The World of Washington Lobbying

The Lobby Shop: Budget on the Brain