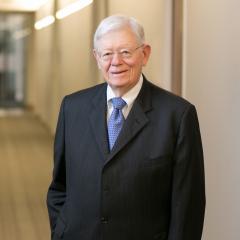 He has been an attorney for public and private schools, community colleges, universities and other public bodies for more than 45 years. His current focus is providing counsel in governance, employment, desegregation and other civil rights issues. He also serves as a mediator in complex education disputes. Kelly was lead attorney for the Houston Independent School District (HISD) in its successful transition from a segregated to an integrated system in the 1970s and 1980s. He assisted HISD in establishing the Houston Community College as a component of HISD and later helped the community college become an independent entity.

The Law as a Bond

Frels: To rebuild our schools, we must do more than paint the façade

Frels, Nichols and Lai to Present at HMPA