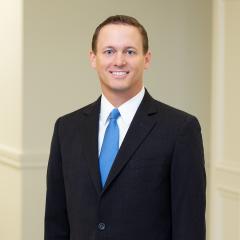 Jeff has experience at the highest levels of state and federal government. He previously served as a law clerk to Chief Justice William H. Rehnquist of the U.S. Supreme Court and to Judge J. Harvie Wilkinson of the U.S. Court of Appeals for the Fourth Circuit. He also worked as Counsel to the U.S. Attorney General in the U.S. Department of Justice, advising the Attorney General and his executive staff on a range of complex issues, including helping to spearhead the 2006 "Project Safe Childhood" initiative that continues today in the fight against the online sexual exploitation and abuse of children. Most recently, following a decade of appellate practice at Bracewell, Jeff served for more than three years as General Counsel in the Office of the Governor of the State of Texas before returning to Bracewell. As General Counsel, he advised the Governor and his staff on a wide variety of issues and managed all litigation involving the office, including a substantial number of appeals.

Among his various honors, Jeff was named a Law360 Appellate MVP in 2015. He has been a frequent speaker and writer about appellate issues and is a Fellow in the Texas Supreme Court Historical Society.

‘You would be hard pressed to find anyone more highly regarded than’ appellate partner Jeffrey Oldham, a peer says.
Benchmark Litigation, 40 & Under Hot List, 2017

Baker Botts L.L.P. v. ASARCO LLC, 576 U.S. 121 (2015) — Prevailed in the U.S. Supreme Court on behalf of ASARCO in a dispute over whether a Bankruptcy Code provision authorized Baker Botts LLP to recover legal fees that it incurred in litigating against ASARCO over its bankruptcy fees. Presented oral argument and led the team briefing the case in the Supreme Court, which ruled in ASARCO’s favor and resolved a significant legal issue that applies in every bankruptcy in the country.

Equistar Chemicals, LP v. Westlake Chemical Corp., 739 F. App’x 628 (Fed. Cir. 2018) — successfully defended on appeal a jury verdict of non-infringement for Westlake in a case involving allegations of patent infringement relating to a process for making polyolefin based adhesive resins with damages sought in excess of $30 million. Led the team briefing the case in the Federal Circuit

Branzan Alt. Inv. Fund, LLP v. The Bank of New York Mellon Trust Co., 677 F. App’x 496 (10th Cir. 2017) — Successfully defended a major banking and trust company on appeal after the dismissal of a class action lawsuit brought against the company, which served as trustee of an oil and gas royalty trust, on behalf of trust unitholders. Presented oral argument and led the team briefing the case in the Tenth Circuit.

Aspire Commodities LP v. GDF SUEZ Energy N.A. (ENGIE), 640 F. App’x 358 (5th Cir. 2016) — Successfully defended GDF SUEZ on appeal in a first-­of-­its-­kind case that involved novel legal and regulatory issues and that Law360 recognized as one of its Biggest Energy Rulings of 2016. Presented oral argument and led the team briefing the case in the Fifth Circuit in defending dismissal of the case.

McManaway v. KBR, 852 F.3d 444 (5th Cir. 2017) — Successfully defended on appeal the dismissal of claims seeking over $500 million for alleged exposure to sodium dichromate at a water-treatment facility in Iraq.

Spitzer v. Weatherford, 2017 WL 5623588 (Tex. App.–Houston (1st Dist.) November 21, 2017, dism’d) — Represented Weatherford on appeal of a $36 million judgment against it for a breach of contract theory not previously recognized under Texas law.  Case settled on appeal.

Cardoni v. Prosperity Bank, 805 F.3d 573 (5th Cir. 2015) — Prevailed in substantial part on appeal from an adverse temporary injunction ruling in a dispute with former employees over enforcement of the parties’ non­compete and non­-solicitation agreements. Presented oral argument and led the team briefing the case on behalf of Prosperity Bank in the Fifth Circuit.

Hourani v. Mirtchev, 796 F.3d 1 (D.C. Cir. 2015) — Prevailed on appeal in defending the dismissal of RICO claims alleging extortion and money laundering against Bracewell’s clients. The case addressed significant issues about the application and extraterritorial effect of RICO and the scope of the act­-of­-state doctrine.  Led the team briefing the case in the D.C. Circuit.

Forest Oil Corp. v. El Rucio Land and Cattle Co., 518 S.W.3d 422 (Tex. 2017) — Successfully defended, in both the court of appeals and on the merits in the Supreme Court of Texas, the confirmation of an arbitration award of more than $27 million arising out of environmental contamination claims.

Bixby v. KBR, Inc., 603 F. App’x 605 (9th Cir. 2015) — Prevailed on appeal from an $80 million judgment against KBR arising out of claims alleging exposure to sodium dichromate by 150-­plus National Guardsmen at a water­-treatment facility in Iraq. The Ninth Circuit resolved the case in KBR’s favor just a week after oral argument, reversing a roughly $80 million judgment in its entirety based on lack of personal jurisdiction.

Phillips v. Carlton Energy Grp., LLC, 475 S.W.3d 265 (Tex. 2015) — Successfully defended on appeal a judgment in favor of Carlton Energy Group in a large business dispute involving breach of, and tortious interference with, contracts regarding a gas lease. The trial court signed a judgment of approximately $50 million in Carlton Energy Group's favor, which the Supreme Court of Texas ultimately affirmed.

Elizondo v. The Krist Law Firm, 415 S.W.3d 259 (Tex. 2013) — Prevailed on appeal, including in the Supreme Court of Texas, in defending the dismissal of a significant legal malpractice case.

Hagy v. Equitable Prod. Co., 541 F. App’x 316 (4th Cir. 2013) — Prevailed on appeal on behalf of a Baker Hughes subsidiary in a fracking­-related lawsuit, obtaining affirmance of a take nothing judgment for the client.

Board Certified, Civil Appellate Law, Texas Board of Legal Specialization, 2010-2022

Litigator of the Week First Runner-Up

June 3, 2022 In The News The Am Law Litigation Daily ALM Media

Seven Bracewell Lawyers Named to Under 40 Hotlist by Benchmark Litigation

Partners Oldham and Rafte Named Law360 MVPs of the Year

No Pay for Preparing Bankruptcy Fee Requests: Business of Law

Gunning for the Supreme Court: A "Substantial" Case "Arising" from Texas That Means More Than You Think!