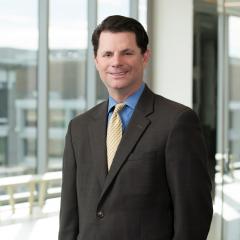 Frank Maisano is a skilled media specialist with more than 20 years of experience in strategic communications. His focus on media relations, crisis communications and strategic counseling services has allowed him to build a client base of United States and international clients, including upstream and downstream energy companies, renewable power companies,cement companies, transmission builders, and chemical manufacturers. Frank’s contacts and knowledge of energy and environmental issues has resulted in a track record of success in working with media outlets across the country. He has organized comprehensive media relations programs in the U.S. on a range of energy and environmental issues, and his weekly energy update is considered a “must-read” by thousands of journalists, policymakers and lobbyists across the country.

Frank co-founded the strategic communications practice at Bracewell in 2003, following six years as a professional media relations consultant at Potomac Communications. He previously served as a press secretary on Capitol Hill. From 1989 to 1997, he served as a top communications advisor to U.S. Representatives Joe Knollenberg (R-MI), Hal Rogers (R-KY), Toby Roth (R-WI), and Bill Schuette (R-MI). He started his career in the press office of U.S. Senator Richard Lugar (R-IN).

He is also an adjunct professor at The George Washington University’s School of Media and Public Affairs, where he teaches public relations and government communications courses. Frank previously taught corporate communications and negotiations/bargaining in the MBA and graduate marketing programs at Johns Hopkins University’s Carey Business School. He also serves as guest lecturer on communications and environment and energy issues for several academic programs, including Northwestern’s Medill School for Journalism, The American University, New York University, the College of William and Mary, Rutgers, Colorado, Florida Atlantic and Syracuse Universities.

January 11, 2023 In The News Washington Examiner

GOP Gains May Put Energy-Permitting Pact on the Table

Frank Maisano Swoons Over the FERC

Gas Stoves in Kitchens Pose a Risk to Public Health and the Planet, Research Finds

January 27, 2022 In The News The Washington Post/Associated Press

January 14, 2022 In The News Transition Economist

Tricky Business: Oil Companies Puzzle Over How to Message Around Climate Change

January 6, 2022 In The News Houston Chronicle

‘US Will Look Ridiculous if They Show Up With Nothing’: Biden Could be Weakened at Glasgow as Clean Energy Likely Cut from Budget Bill

September 6, 2021 In The News Houston Chronicle

As Gasoline Prices Rise, Biden Has a Problem at the Pump

Maisano on Oil and Gas Industry Meeting and Cabinet Officials

January 19, 2021 In The News Austin American-Statesman

Biden: Five Ways He Will Reverse Trump on the Environment

The World’s Rich Need to Cut Their Carbon Footprint by a Factor of 30 to Slow Climate Change, UN Warns

Biden and Utilities Split on Emissions Goals. Here’s How

Election 2020: States Accelerated Renewables Under Trump. Could a Biden Win Slow That?

What's ahead in 2018? Houston business likely to grow, not boom

January 1, 2018 In The News Houston Chronicle

As U.S. Sheds Role as Climate Change Leader, Who Will Fill the Void?

The confusing, wild world of science in the Trump era

January 27, 2017 In The News Christian Science Monitor Online, The

King of the energy flacks

Obama says he’s not to blame for GOP ‘crackup’

Energy Year in Review: Everyone Was Happy With Baby Steps - Morning Consult

September 8, 2015 In The News Morning Consult

Who Deserves Credit for Lower Prices at the Pump?

The new landscape of lobbying

Windmill man optimistic about the future

The Lobby Shop: Shedding Light on the Solar Trade Case

Prepping for CFIUS: Understanding and Managing Foreign Investments in the U.S.

Luminant to Close Coal Plants Due to EPA Rule

More Power to the Water

What's in Store for Energy in DC?: A Post-Election Analysis