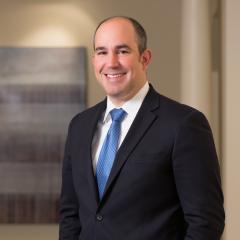 A registered patent attorney, Doug's practice encompasses all aspects of intellectual property and technology litigation and counseling, including patents, trademarks, trade secrets, copyrights and domain names. He litigates patent and other intellectual property disputes in courts throughout the United States, including key patent jurisdictions such as the Eastern District of Texas, the District of Delaware, and the Northern and Central Districts of California, with a particular emphasis on assisting international technology companies with U.S. issues. Doug also represents companies in Section 337 actions before the International Trade Commission, appeals to the Federal Circuit, and contested administrative proceedings before the PTAB, including IPR and CBM petitions, and the TTAB, including opposition proceedings. In addition, Doug represents and advises clients in connection with non-litigated IP issues, including licensing and IP strategy; patent portfolio and prosecution management; technology agreements; patent royalty audits; and related diligence issues. Doug also has experience with pharmaceutical patent prosecution and related matters, having previously represented one of the largest pharmaceutical companies in Japan at his prior firm.

A frequent lecturer on topics related to patent law and patent litigation, Doug has been an adjunct professor at the University of Washington School of Law since 2007 where he teaches a patent litigation course in the Intellectual Property LLM program. Doug is also a lecturer for the Summer Institute hosted by the Center for Advanced Study and Research in Innovation Policy at the University of Washington (CASRIP).

In re Audio Processing Hardware and Software and Products Containing the Same — patent-based 337 action, ITC; audio processing circuitry and software

Q&A on software patents and the recent Alice decision

September 3, 2014 In The News The Knowledge Effect