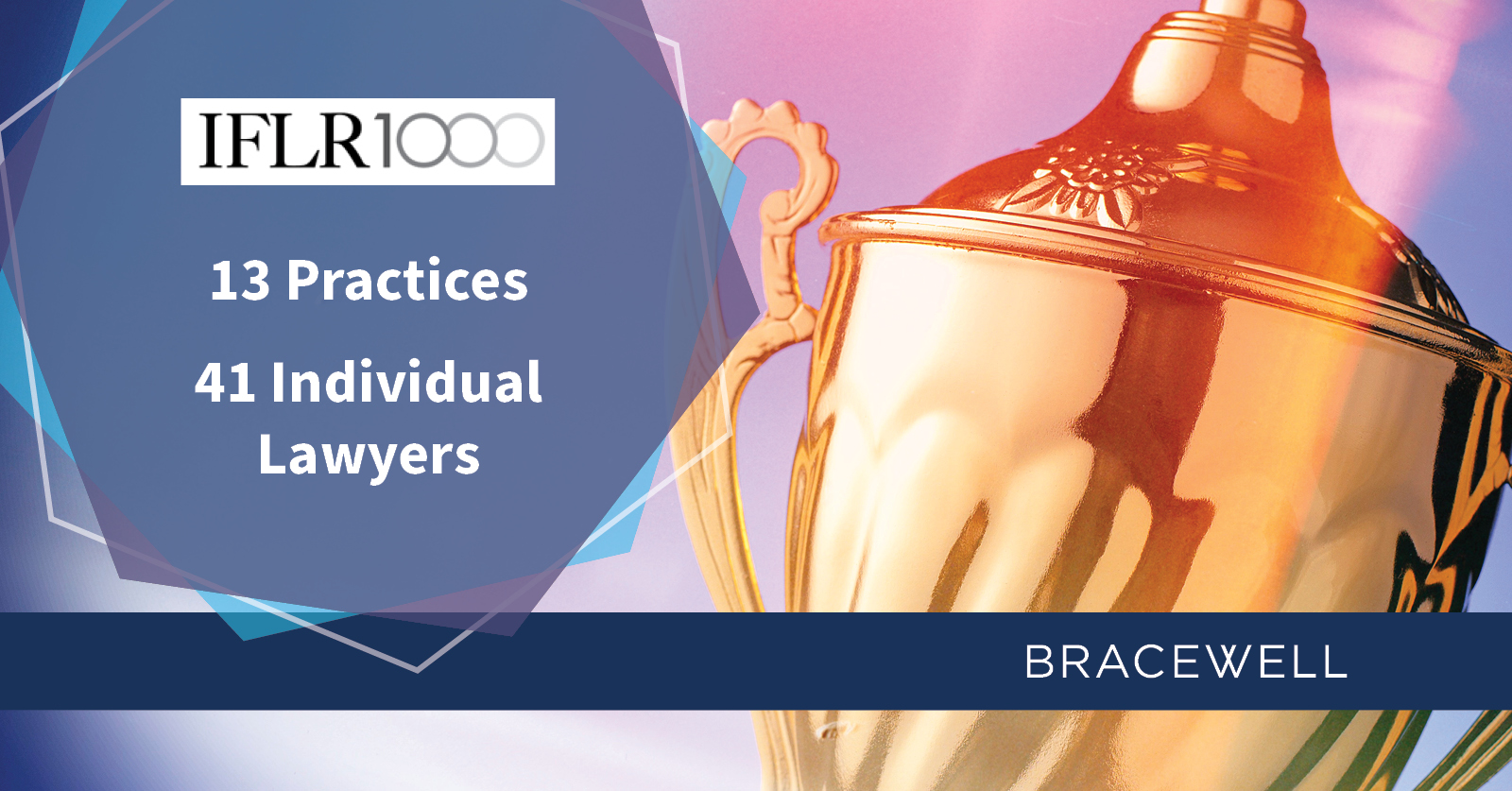 HOUSTON – Bracewell LLP had 13 practices and 41 firm lawyers across the United States, the United Kingdom and the United Arab Emirates ranked in the 30th edition of the IFLR1000 Financial and Corporate and M&A Guide.

The firm was also recognized in Project Finance in the UAE.

Euromoney Institutional Investor’s IFLR1000 rankings are based on in-depth research in more than 170 global jurisdictions. An independent editorial team interviews lawyers from the world’s leading firms and surveys more than 53,000 client referees.

Five Pathways for Israeli Businesses to Be Successful in the UAE

In The News
The Times of Israel