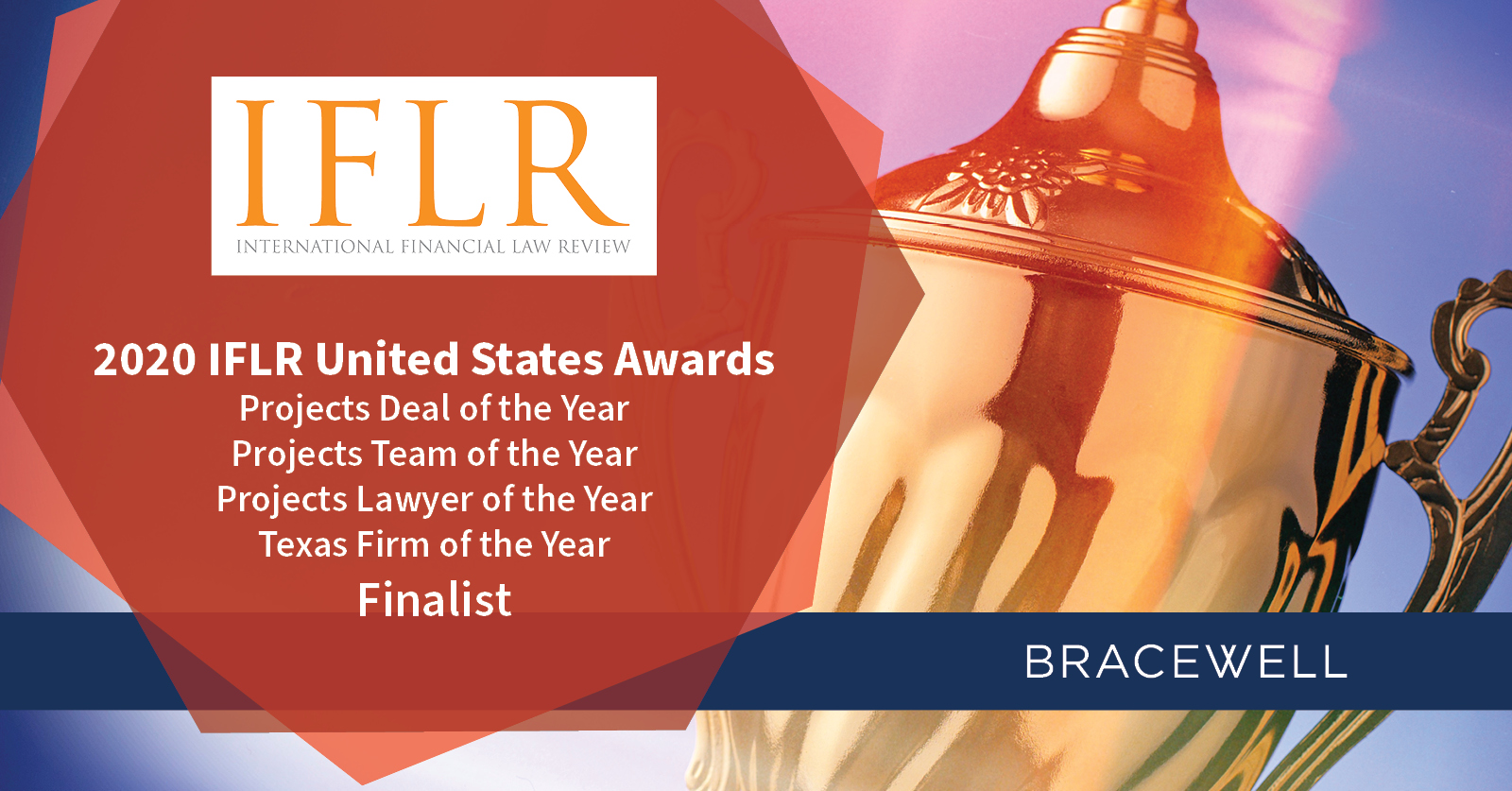 HOUSTON – IFLR honored the leading role that Bracewell LLP and its lawyers are playing in the renewable energy sector by shortlisting the firm in four categories at the upcoming IFLR United States Awards:

The IFLR United States Awards honor the most innovative US law firms, deals and lawyers based on the seven months of research that culminates in the annual of publication of IFLR1000.

Winners will be announced at a virtual ceremony on September 16.

Maisano on Oil and Gas Industry Meeting and Cabinet Officials

In The News
SiriusXM Radio