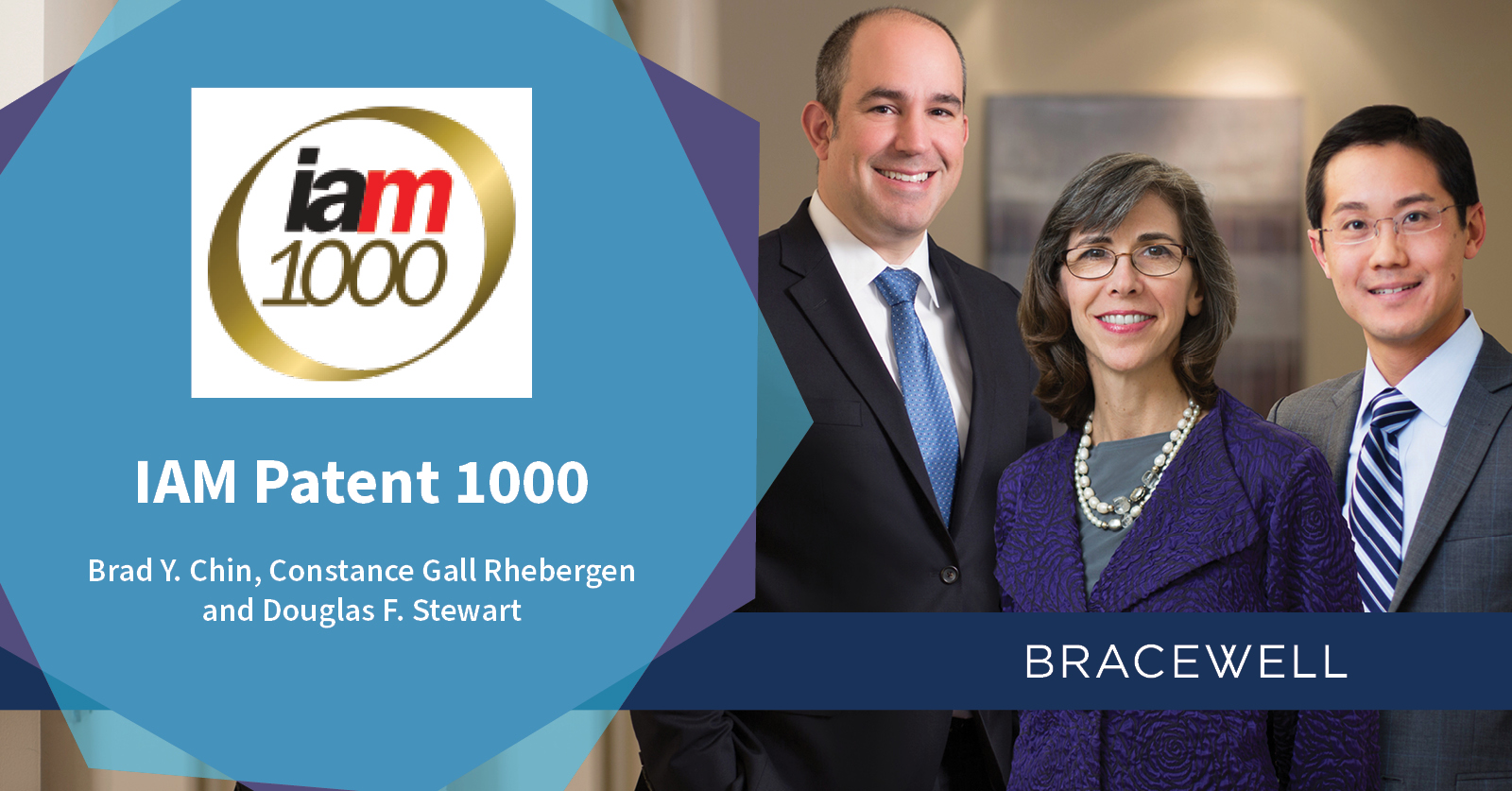 HOUSTON ‒ Bracewell LLP’s intellectual property practice was recommended in Texas for patent prosecution in the 2020 edition of IAM Patent 1000. The editors described the team as a “discerning choice for patent management.”

In addition to recognizing the firm’s IP practice in Texas, IAM Patent 1000 singled out three Bracewell partners for their excellence. In Texas, Constance Gall Rhebergen was recommended for the ninth consecutive year for prosecution and transactions. Brad Y. Chin was recognized for the second year in a row for prosecution. In the state of Washington, Douglas F. Stewart returns to the rankings for the sixth consecutive year for litigation.