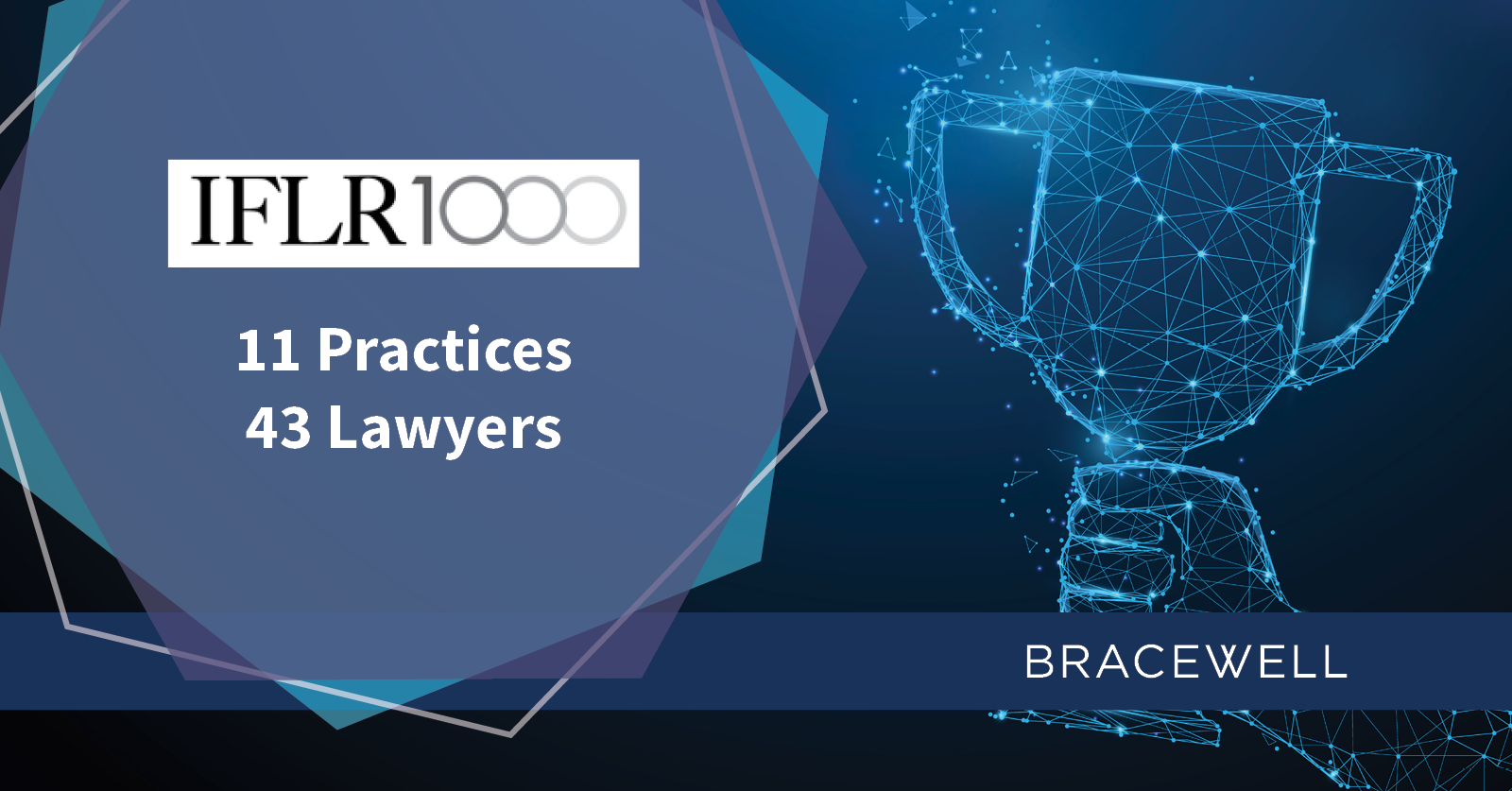 HOUSTON – Bracewell LLP’s lawyers and practices from offices in the United States, United Kingdom and United Arab Emirates were once again ranked in the 2020 IFLR1000 Financial and Corporate Guide for work on behalf of clients in the energy and finance industries.

Bracewell is also recognized in Project Finance in the UAE.

The Major Merger Reviews of 2019