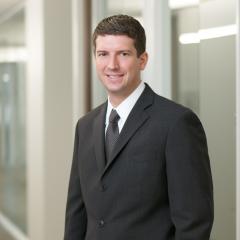 Ryan has represented numerous Fortune 500 clients including oilfield services providers and computer manufacturers and he has experience advocating for clients in front of both Texas and Federal Courts.

Before pursuing a career in law, Ryan worked as a computer engineer at IBM, overseeing enterprise class microprocessor and server development projects. Ryan earned a B.S. in Electrical Engineering from the University of Texas at Austin and is an inventor on U.S. Patent No. 7,881,826.

Ryan is admitted to practice in Texas and before the U.S. District Courts for the Northern, Eastern, Southern, and Western Districts of Texas, the U.S. Court of Appeals for the Federal Circuit, and the U.S. Patent and Trademark Office.