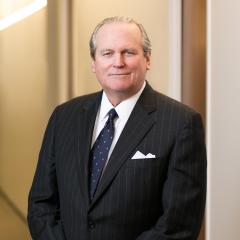 As Bracewell's Chairman and Former Managing Partner, Patrick Oxford plays a key role in the firm's strategic initiatives and serves as a mentor to many partners and associates, promoting the highest levels of client service. Before assuming the role of managing partner, Patrick's practice focused on business transactions involving energy and banking clients of the firm. He continues to counsel clients on the legal and public aspects of their business strategies.

Patrick has continued his interest in health affairs, having served as a director of M.D. Anderson Services Corp., the outreach component of the nation's highest ranking cancer hospital, as well as a member of the Executive Committee leading M.D. Anderson's Board of Visitors. Patrick now serves as Vice Chairman of the board of directors of Texas Medical Center, Inc. which coordinates the activities in and around the Texas Medical Center, the world's largest. He also has served as board chairman of BioHouston, a consortium of Houston's academic medical institutions, science centers and interested companies formed to promote the biotech, nanotech and informatics industries in Houston.

Patrick is a past Chairman of the Greater Houston Partnership which is comprised of the CEO's of Houston's business and professional community. He is also active in local, state and national politics, having served as chairman of the campaign committees for five office holders who have served Texas statewide and in leading roles in three presidential campaigns.

In The News
CultureMap Houston

In The News
Bol bna

The Best Lawyers in America Recognizes Professional Excellence of 105 Bracewell Lawyers, Including Six “Lawyers of the Year” and 15 “Ones to Watch”
Best Lawyers, Woodward White, Inc.