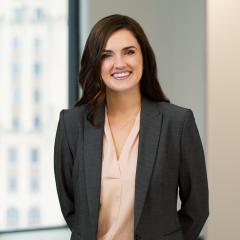 McKenzie Edwards handles complex commercial litigation and appeals. She represents clients in diverse fields, working primarily with clients on insurance claims, oil & gas disputes, and torts. Prior to joining the firm, she served as a judicial clerk to The Honorable Eva Guzman of the Supreme Court of Texas where she conducted research for the Justice and drafted memos to the Court about pending cases, among other responsibilities. McKenzie has worked in all branches of Texas state government.

McKenzie also has an active pro bono practice, which includes working on the appellate teams for capital defendants on both federal and state death row.