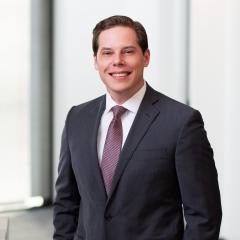 Jeremy Dunbar handles complex commercial litigation related to energy, contract and real estate matters. He also has experience handling constitutional and governmental issues in federal district and appellate courts, which he gained during his time as a federal law clerk and honed in private practice. He began his legal career as a law clerk for the Honorable David Hittner of the United States District Court for the Southern District of Texas, where he assisted in 30 trials, including motions in limine, jury selections, evidentiary objections, jury charge conferences and jury debriefings. He also draws from his subsequent experience as a law clerk for the Honorable Edith H. Jones of the United States Court of Appeals for the Fifth Circuit, where he assisted in drafting published opinions and in panel and en banc oral argument preparation.

While in law school, Jeremy competed in several moot court competitions, winning a national championship, multiple best advocate awards and a best brief award. He graduated first in his law school class and received the highest score on the February 2016 Texas bar examination.

“Discrete Differences Between Presenting Summary Judgment Evidence in State and Federal Courts,” 56 The Houston Lawyer, May 2019.

The Hype Behind the Industrial Internet of Things