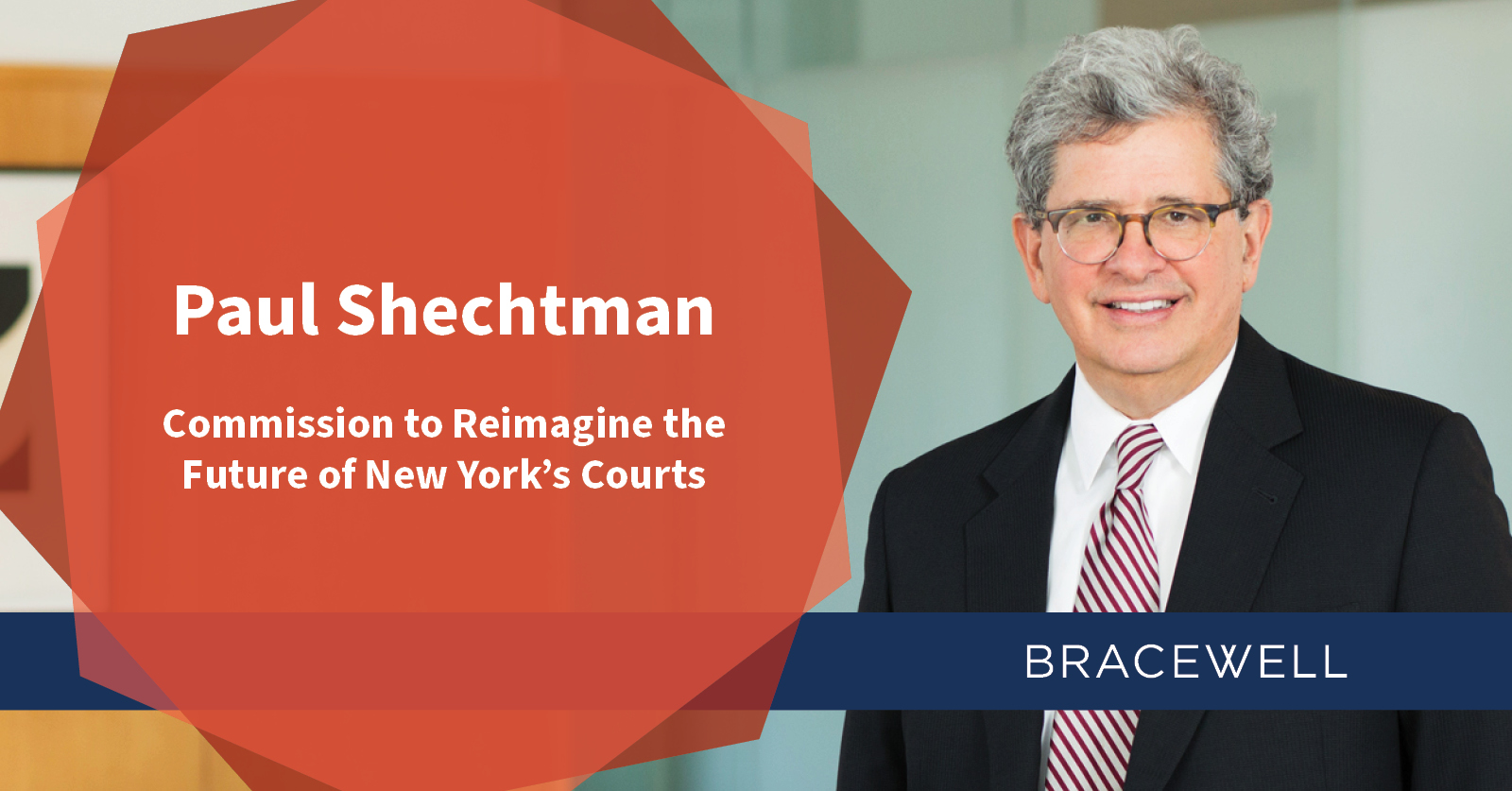 NEW YORK — Paul Shechtman, a partner in Bracewell LLP’s New York office, has been appointed by New York Chief Judge Janet DiFiore to the newly formed Commission to Reimagine the Future of New York’s Courts. Shechtman is among the 24 lawyers, judges, academic and technology experts who will make short-term recommendations as New York courts resume in-person operations while developing a blueprint for the court system of tomorrow.

“While a tragedy, the COVID-19 crisis has been an impetus for innovation, leading us to examine what we have learned from the pandemic and how to best move forward. The pandemic’s dramatic impact on court operations has paved the way for the embrace of new technologies and approaches, with a focus on fairness, efficiency and efficacy,” Chief Judge DiFiore said in a written statement.

Shechtman, who joined Bracewell in 2016, has a distinguished career in public service, including six years as counsel to District Attorney Robert Morgenthau and two terms as an assistant US attorney in the Southern District of New York. Shechtman also served as New York Governor George Pataki’s Director of Criminal Justice, a role in which he negotiated criminal justice legislation and worked to improve the criminal justice system.