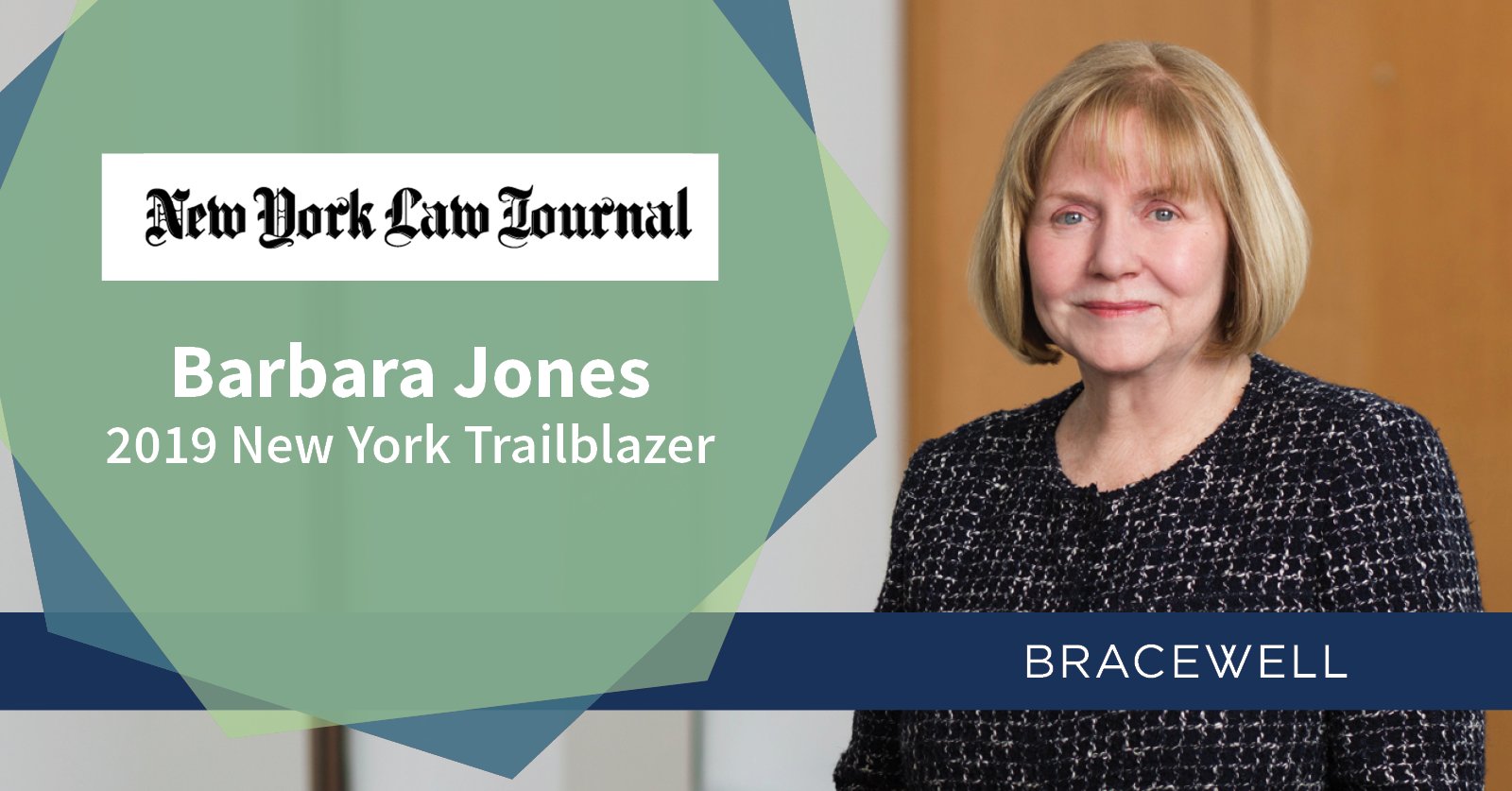 New York (May 24, 2019) – The New York Law Journal has named Bracewell LLP Partner Barbara S. Jones to its inaugural list of New York Trailblazers. In a special supplement to the NYLJ published Monday, Jones was recognized among an elite group of 46 lawyers who have left “significant marks on the practice, policy and technological advancement of their practice.” Among other things, NYLJ highlighted Jones’ work as special master in the federal government’s investigation of Michael Cohen.

According to the NYLJ profile, Jones was inspired to become a lawyer by her uncle, who did undercover work as an Alcohol, Tobacco and Firearms agent. Jones interned during law school with the Philadelphia Strike Force and the US Attorney’s Office. She went on to become the first woman in the Manhattan Organized Crime Strike Force, and served 16 years as a federal district court judge before entering private practice.