Bracewell’s recognition is due in large part for advising Alcazar Energy Partners in connection with its project financing of four 50 MW solar projects in Egypt as part of Round 2 of Egypt’s Renewable Energy Feed-in-Tariff Programme (Egypt FiT). The Egyptian government announced the Egypt FiT 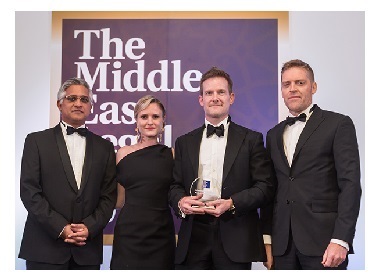 Programme in September 2014, which aims to provide up to 4 gigawatts of renewable energy to the grid in the face of serious power shortages and outages. The firm advised Alcazar on engineering, procurement and construction contracts, power purchase agreements, operations and maintenance contracts, usufruct agreements, network connection contracts, cost sharing agreements, and related project documents with the Egyptian Electricity Transmission Company. In addition, Bracewell advised on the project financing and all related documentation in relation to the four solar projects. Bracewell’s representation of Alcazar was also recognized as part of the Egyptian solar projects named 2017 Global MLA Deal of the Year at the Project Finance International Awards.

Bracewell is at the forefront of representing developers in both the Egypt and Jordan FiT Programmes. The firm was chosen Infrastructure and Energy Projects Team of the Year at The Middle East Legal Awards 2017 after advising Alcazar on the project development and financing of the 82 MW Al Rajef Wind Power Project in Jordan.