SAN ANTONIO – Dilley is a small town in South Texas between San Antonio and Laredo along Interstate 35. With a population around 4,000 people and “A slice of the good life” motto, you wouldn’t expect this little town to be in the national spotlight. At least that was the case until this year.

Located in Dilley is the South Texas Family Residential Center, a privately owned federally funded detention facility that opened in December 2014. The facility is the largest family detention center in the United States. With 480 beds, the facility can potentially hold 2,400 individuals.

Women and children coming to the United States asking for asylum are detained by US Immigration and Customs Enforcement (ICE) at various family detention centers in Artesia, New Mexico, Karnes City, Texas, and most recently in Dilley. This detention practice has vaulted the issue to the top of the national headlines, as pundits debate US immigration policies.

Joining forces in response to ICE’s significant expansion of family detention capacity has been CARA. This collective group is made up of hundreds of volunteers from the Catholic Legal Immigration Network (CLINIC), the American Immigration Lawyers Association (AILA), the Refugee and Immigrant Center for Education and Legal Services RAICES, and the American Immigration Council. CARA operates a non-traditional pro bono model of legal services that directly represents the women and children incarcerated at these detention centers. 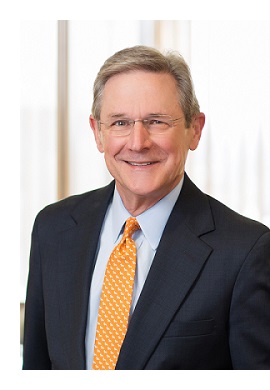 Project in Dilley. Along with other volunteers, he has provided women and children detained by ICE with pro bono representation. He has also worked to raise awareness among the San Antonio community and its lawyers and educators of the plight and needs of the Dilley detainees, the majority of whom came from Guatemala, Honduras, El Salvador, Mexico, Africa, the Middle East and Romania.

The CARA Project provides representation and counseling through its volunteers to women and mothers in preparation for credible fear or reasonable fear interviews with asylum officers. The counseling is the first non-adversarial opportunity for the detainees to tell their stories. The interview is the critically important first step in the asylum seeking process. A negative finding often results in deportation.

The Dilley pro bono project also develops advocacy and litigation strategies to end the practice of family detention of immigrants coming to the United States as refugees or when seeking asylum.

Danysh describes his experience as a unique and gratifying pro bono opportunity.

“You are helping people with no resources who have fled horrific circumstances with young children and who otherwise would have no legal representation in what is the most important endeavor in their family’s life – finding a safe and secure future.”

Legal volunteers are asked to spend a week in Dilley until the next wave of helpers arrive and are trained. At the end of the week, the new team arrives to take over and carry forward the work of releasing detained women and their children.

Since August 2014, CARA volunteers from around the country have helped provide legal services to more than 3,000 asylum seekers.

In The News
The Business Journals