HOUSTON – On September 8, the United States District Court for the Southern District of Texas held an investiture ceremony for Bracewell LLP alumna and current United States Magistrate Judge Yvonne Y. Ho. Chief Judge Lee H. Rosenthal presided over the ceremony. The oath of Office was administered by Judge James C. Ho of the United States Court of Appeals for the Fifth Circuit. 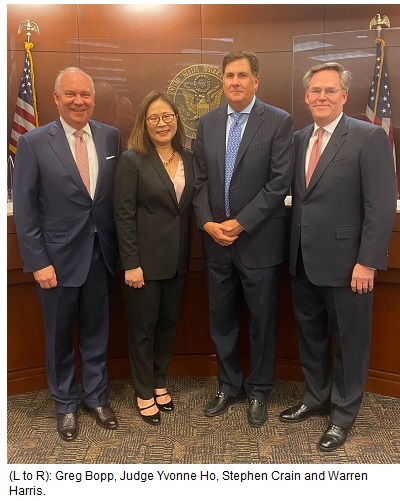 Judge Ho took the bench in March 2022. Prior to her appointment to the bench, Judge Ho was a litigation partner at Bracewell, where her practice focused on appeals in Texas and federal appellate courts.