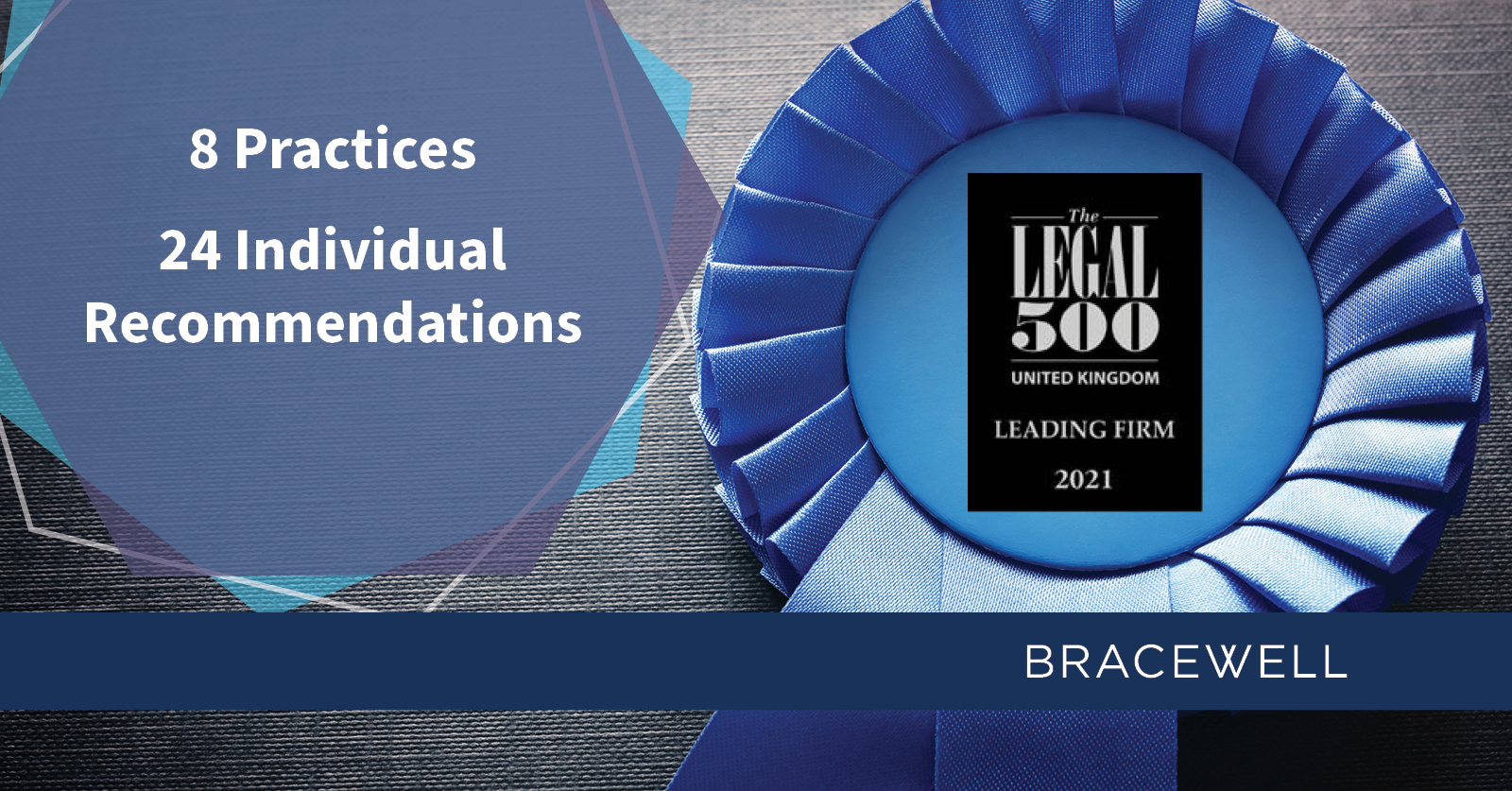 Legal 500 testimonials call Bracewell an “outstanding energy team” with “second-to-none reserve based lending and energy project finance credentials.” In addition, Legal 500 notes Bracewell has a “focused team with sector-specific expertise and a commercial and pragmatic approach” that enables the firm to provide “world class industry-led legal services to its clients.”

Legal 500 named Jason Fox to its Hall of Fame for Projects, Energy and Natural Resources – Oil and Gas. Fox was also listed as a Leading Individual in Finance – Emerging Markets and Energy and Infrastructure.

In addition, Eimear Murphy was honored as a Rising Star in Finance – Emerging Markets.

Legal 500 benchmarks the strengths of law firms in more than 100 jurisdictions based on feedback from over 300,000 clients worldwide.

*Bracewell received an individual recommendation only

In The News
NPR

Embracing the Dark Side: Bifacial Solar Panels in the Middle East

In The News
Energy & Utilities