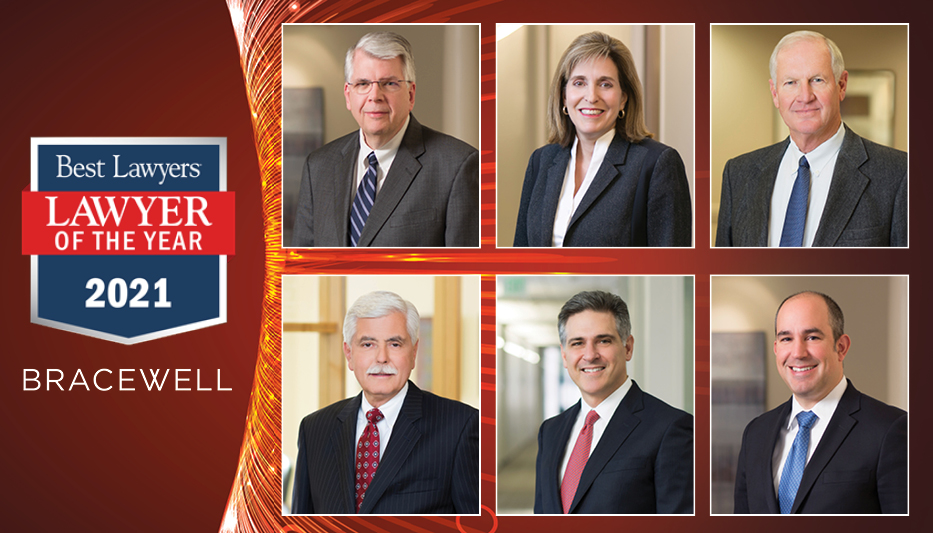 HOUSTON – The Best Lawyers in America has recognized the professional excellence of 105 Bracewell LLP lawyers in its 2021 edition. Among the Bracewell lawyers recognized, six were honored as “Lawyers of the Year” and 15 were named to the inaugural “Ones to Watch” list.

“Lawyer of the Year” designations are given to individual lawyers who receive the highest overall peer feedback in a specific practice area within a given geographic location. The six Bracewell partners who earned this distinction this year include:

The “Ones to Watch” list recognizes US lawyers who have been in private practice for fewer than 10 years and have earned a reputation for excellence among their peers. The Bracewell lawyers who earned this distinction this year include:

In addition, the following Bracewell lawyers were ranked in their respective cities and practices:

Established by Woodward White, Inc. in 1983, Best Lawyers is one of the oldest peer-review publications in the legal profession.