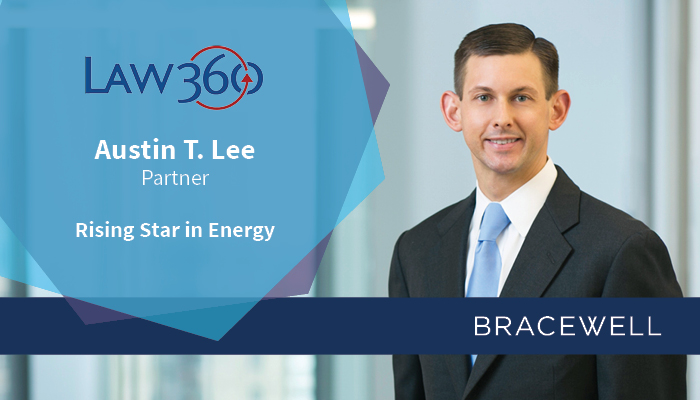 HOUSTON – Law360 recognized Bracewell LLP’s Austin Lee as a Rising Star in Energy. He is one of 168 lawyers under the age of 40 that Law360 honored for “legal accomplishments that transcend their age,” and one of five energy lawyers to be recognized. The complete list of winners is available here.

Lee brings an insider’s perspective to his work on oil and gas transactions. Prior to joining Bracewell, he was an independent petroleum landman. Lee started his legal career at Bracewell in 2009. He spent one year outside the firm working in-house as upstream legal counsel at an independent exploration and production company. Lee has represented clients, in various roles, on transactions totaling more than $30 billion in deal value over the course of his career.

Some of the more recent transactions on which he has advised include:

In The News
Hart Energy
Oil and Gas Investor