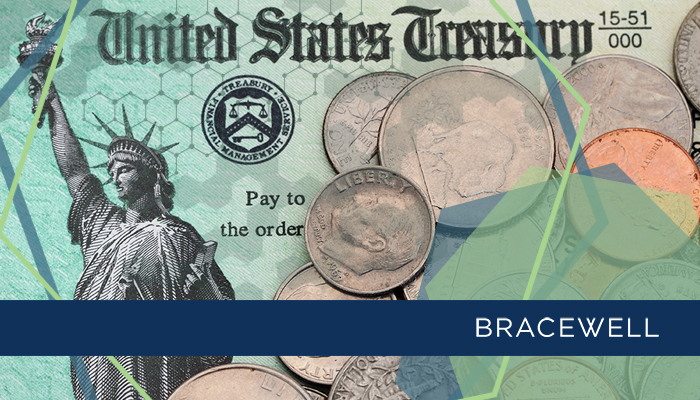 On December 6, 2017, the U.S. Department of the Treasury announced the suspension of sales of United States Treasury Obligations – State and Local Government Series (i.e., SLGS), effective 12:00 noon Eastern Time, Friday, December 8, 2017.  New subscriptions for SLGS received after such time will not be accepted, and the SLGS window will remain closed until further notice.  According to the announcement, the suspension is necessary due to the statutory debt ceiling and will assist Treasury’s management of the debt subject to limit.

As a result of the SLGS window closing, issuers and conduit borrowers that are refunding prior tax-exempt obligations should consult with their financial advisors regarding an investment strategy for their defeasance escrows, which will likely include bidding for securities on the open market.  While the closing of the SLGS window usually introduces logistical challenges, it is particularly problematic this time around because the December calendar is particularly flush with advance refunding transactions.

As we have previously reported (here, here and here), tax reform legislation passed by both the U.S. House of Representatives and the Senate would eliminate tax-exempt advance refunding bonds (i.e. bonds issued more than 90 days before the redemption of the refunded bonds) after December 31, 2017.  As a result, many issuers and borrowers are rushing to close advance refunding transactions before the end of the year to avoid the possibility that the opportunity to do so is lost entirely.

As a reminder, the House’s tax bill would also eliminate private activity bonds issued after 2017, meaning that infrastructure projects that directly benefit the general public on daily basis, including nonprofit hospitals, affordable multifamily and single family housing, nonprofit educational institutions (including charter schools), airports and seaports could not be financed on a tax-exempt basis.  While the Senate bill does not include such a provision, Congress’s need to find sources of revenue to offset certain tax cuts (e.g., corporate rate reductions and the elimination of the alternative minimum tax, among others), coupled with the strong desire to finalize tax legislation this year, could nevertheless result in the repeal of private activity bonds in a final tax bill delivered to the President for signature.

It continues to be up to issuers and other beneficiaries of municipal bonds to raise awareness of the negative effect of the proposed tax reform legislation.  In that regard, our Public Finance team, as well as the members of Bracewell’s D.C.-based Policy Resolution Group, are ready to assist.  There are still opportunities in the process to remove these provisions, but things are moving extremely quickly and time is running out.