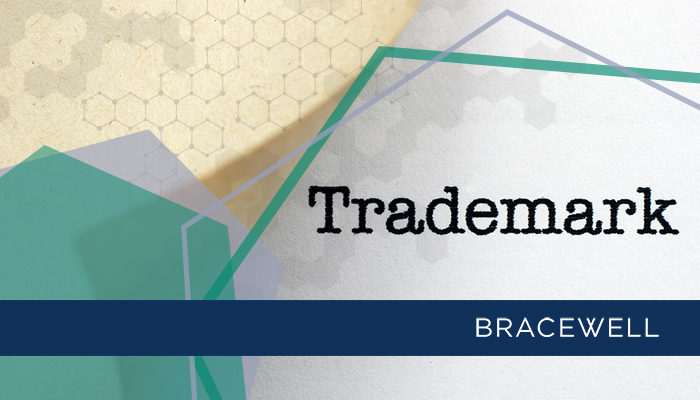 On December 15, the Federal Circuit held that the prohibition on the registration of scandalous and immoral trademarks is unconstitutional because it violates the First Amendment. In re Brunetti, No. 2015-1109, 2017 WL 6391161 (Fed. Cir. 2017). This decision follows the Supreme Court’s recent decision in Matal v. Tam, in which the Court unanimously held that the prohibition on registration of disparaging trademarks violated the First Amendment. See 137 S. Ct. 1744 (June 19, 2017).

The Scandalous and Immoral Marks Provision
The scandalous and immoral marks provision (“Scandalous-Marks Provision”), §2(a) of the Lanham Act, prohibited registration of a trademark that “[c]onsists of or comprises immoral, deceptive, or scandalous matter; or matter which may disparage or falsely suggest a connection with persons, living or dead, institutions, beliefs, or national symbols, or bring them into contempt or disrepute.” 15 U.S.C. §1052(a).

Under §2(a), a mark was considered scandalous or immoral if a “substantial composite of the general public” would find the mark “shocking to the sense of propriety, offensive to the conscience or moral feelings or calling out for condemnation.” See Trademark Manual of Examining Procedure § 1203.01.

In 2013, the U.S. Patent and Trademark Office (PTO) examiner refused to register FUCT because the term was scandalous and alluded to a profanity, and in 2014, the Trademark Trial and Appeal Board (TTAB) affirmed the refusal. In re Brunetti, Appeal No. 85310960 (T.T.A.B. 2014). The applicant subsequently appealed the refusal to the Federal Circuit.

Reversal on the Ban of Scandalous and Immoral Marks
The Federal Circuit found that the term FUCT is vulgar, and therefore, scandalous per se under §2(a) of the Lanham Act. However, the Court held that §2(a) itself is unconstitutional because it discriminates speech based on expressive content in violation of the First Amendment and the government does not have a compelling, or even substantial, interest in regulating scandalous and immoral marks.

Second, the Court refused to categorize the trademark register as a metaphysical limited public forum. Id. at *11 (quoting Tam, 137 S. Ct. at 1760 (“For if the registration of trademarks constituted government speech, other systems of government registration could easily be characterized in the same way.”)). The Court reasoned that allowing the trademark register to qualify as a limited public forum would have far-reaching effects and refusals would “chill speech anywhere from the Internet to the grocery store.” Id.

Fourth, not only did the Scandalous-Marks Provision fail to survive strict scrutiny, but it failed survive intermediate scrutiny as well. Specifically, the government could not identify a substantial government interest served by the provision.  At oral argument, the government articulated that “Congress’ primary interest is the promotion of the use of non-scandalous marks in commerce.” Id. at *13. However, the Supreme Court in Tam rejected the government’s argument that trademarks qualify as government speech, see 137 S. Ct. at 1757-61, and here, the Federal Circuit stated that “the government does not have a substantial interest in promoting certain trademarks over others.” In re Brunetti, 2017 WL 6391161 at *13 “[T]he fact that society may find speech offensive is not a sufficient reason for suppressing it.” Id.

Finally, the Federal Circuit noted its duty to preserve the constitutionality of statutes through a narrow construction, when possible. Nevertheless, the Court struck down §2(a) because the provision is “excessively sweeping even as narrowed.”  Id. at *16. Although the use and registration of vulgar, crass, or lewd marks may be disturbing, the First Amendment protects the private expression of ideas, even when the expressions are offensive, immoral, or scandalous. Accordingly, the Court held that the ban on scandalous and immoral marks is unconstitutional.

In his concurrence, Judge Dyk noted that the Federal Circuit is obligated to adopt a narrow construction of the statute to avoid constitutional questions and suggested limiting the Scandalous-Marks Provision to obscene marks, which are not protected by the First Amendment.

With this recent reversal of the ban on scandalous and immoral marks, the responsibility for what is and is not acceptable to societal moral standards now falls to consumers. The market is now the arbiter of whether society is ready to accept a scandalously branded product.

For more information on the background of the Scandalous-Marks Provision, please click here.