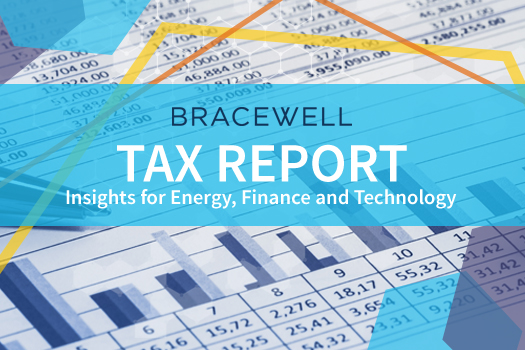 This is the fifth installment of Bracewell Tax Report articles describing the new rules applicable to partnership audits under the Internal Revenue Code and the related proposed and final Treasury regulations. Each installment focuses on certain aspects of these rules and the practical implications to partners and partnerships, particularly as they relate to negotiating and drafting partnership agreements.

On November 2, 2015, President Obama signed into law the Bipartisan Budget Act of 2015, which included a new federal audit regime for partnerships and entities classified as partnerships for federal income tax purposes (the New Rules). The New Rules, effective for audits of partnership tax years beginning on or after January 1, 2018, generally allow the IRS to adjust items of income, gain, loss, deduction or credit of a partnership, and collect any resulting underpayment of tax, at the partnership level. Click here for a general description of the New Rules.

Fortunately, the Tax Technical Corrections Act of 2018, which was signed into law by President Trump on March 23, 2018, as a component of the Consolidated Appropriations Act, 2018 (the Corrections Act), simplified partnerships’ ability to reduce their imputed underpayment and shift all or part of the liability to their Reviewed Year partners without requiring such partners to file one or more amended tax returns. The Corrections Act provides that, in lieu of a Reviewed Year partner amending its prior year returns, a Reviewed Year partner may, no later than 270 days after the date on which the proposed partnership adjustment is mailed to the partnership, simply (i) pay the amount of tax due with respect to its share of the partnership audit adjustments, (ii) agree to reflect the resulting adjustments to such partner’s tax attributes, and (iii) provide such additional information as the Secretary may require in connection with such reduction in the partnership’s imputed underpayment (the Pull-in Procedure). The partnership representative, or a third party, such as an accounting firm or law firm, may serve as a coordinator to collect such payments and information and remit them to the IRS on behalf of the Reviewed Year partners.  The Pull-in Procedure is not expected to cause the statute of limitations to be reopened for the affected tax years, although this is subject to confirmation in future guidance.

Our next installment will focus on the impact of the New Rules on acquisitions and divestiture transactions.