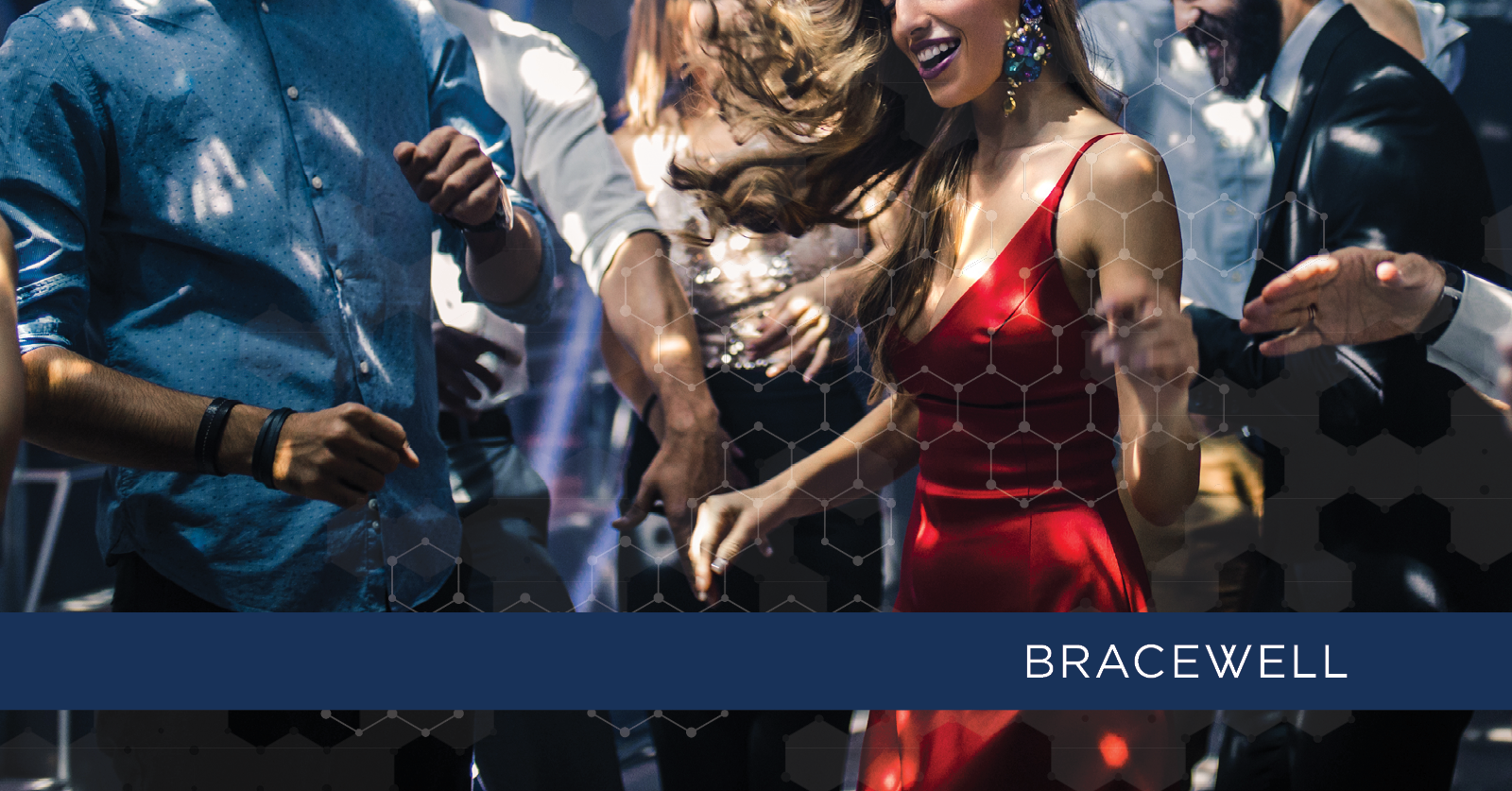 Copyright, Fortnite and the Ability to Protect How You Shake Your Groove Thing

As originally published in The Intellectual Property Strategist

The Supreme Court just crashed the copyright world’s latest dance party—stepping on the toes of a soiree of copyright infringement lawsuits against videogame developer Epic Games, the creator of Fortnite.  For months, a growing group of plaintiffs, including Alfonso Ribeiro, otherwise known as the self-confident yet naive character “Carlton Banks” from TV’s The Fresh Prince of Bel-Air, raised claims that Fortnite was using popular dance moves without the permission of the artists who popularized them.

Fortnite, a massive multiplayer, online battle royale game, gives players the ability to purchase or earn “emotes” which are essentially a series of code giving game characters impressive dance moves—moves which largely mimic famous dances from pop culture. Although Fortnite is free-to-play, it generates significant revenue from in-game purchases such as emotes. While emotes are not central to gameplay, their ubiquity has helped Fortnite reportedly generate over $2.4 billion in 2018, its second year on the market. (https://www.hollywoodreporter.com/heat-vision/fortnite-earned-24-billion-2018-1176660).  Fortnite’s emotes have transcended beyond the game and into the realm of social media, where life imitates art as fans and players post clips of themselves performing emote dances from the game.  See Complaint ¶ 23, Ribeiro v. Epic Games, Inc., et al., No. 2:18-cv-10412 (C.D. Cal. Dec. 17, 2018).

In response to Fortnite’s alleged appropriation of his renowned step, Ribeiro—the de facto poster boy for the infringement suits—applied to register three variations of his dance with the U.S. Copyright Office two days before filing his complaint against Epic Games on December 17, 2018.  Like other Fortnite plaintiffs, in his complaint, Ribeiro alleged copyright infringement, violation of the right of publicity, and unfair competition.  However, in January 2019, the Copyright Office denied registration for two of the dance variations, asserting they were not eligible for copyright protection, and called into question Ribeiro’s ownership of the third variation, a performance of the “Carlton” from ABC’s Dancing with the Stars.  On February 22, 2019, Epic Games filed a motion to dismiss Ribeiro’s claims based, in part, on the Copyright Office’s refusal to register the dances.

Whose Moves Are They Anyway?
When it comes to dance, copyright law only protects “original works of authorship fixed in any tangible medium of expression.”  17 U.S.C. § 102(a); see Martha Graham Sch. & Dance Found., Inc. v. Martha Graham Ctr. of Contemporary Dance, Inc., 380 F.3d 624, 632 (2d Cir. 2004) (holding that seventy original dances were fixed, and thus, eligible for copyright protection because they were filmed or videotaped).  Copyright law also requires that the work be created independently and have “at least a modicum” of creativity.  See Feist Publications, Inc. v. Rural Tel. Serv. Co., 499 U.S. 340, 361 (1991).

Moreover, originality is often difficult to demonstrate with dance because dances are almost always inspired, at least in some form, by prior work.  For instance, in 2011, the Queen Bey herself, pop-icon Beyonce Knowles, came under fire after her “Countdown” video was claimed to infringe the work of Belgian choreographer Anne Teresa de Keersmaeker’s 1983 choreographic work Rosas Danst Rosas. Beyonce admitted that Rosas was one of the inspirations behind her music video, among others, and that the video was intended to be an homage.  (https://www.washingtonpost.com/lifestyle/style/beyonce-countdown-video-and-the-art-of-stealing/2011/11/15/gIQAj0WbYN_story.html?utm_term=.6dae494f3ded).  Similarly, Ribeiro could theoretically face claims that the “Carlton” is not original to him, as he has openly claimed that he “stole” the “Carlton” from Courteney Cox in Bruce Springsteen’s Dancing in the Dark music video and combined it with Eddie Murphy’s “White Man Dance” from Murphy’s performance in Raw.  (https://www.nbcnews.com/tech/video-games/carlton-dance-suit-against-fortnite-may-have-two-left-feet-n949641).

Copyright ownership can often also be a difficult issue to tease out due to the “work-made-for-hire” clauses standard in most network and production company contracts which typically assign any intellectual property created during the course of a performance to the network or production company.  In the case of Riberio’s Dancing with the Stars rendition of the “Carlton,” the Copyright Office questioned, among other things, whether the work was created under a “work-made-for-hire” agreement with ABC.  See Cendali Decl. Exh. L – Copy of E-File Correspondence SR 1-7225814191, Ribeiro v. Epic Games, Inc., supra, ECF No. 49-15).

Is “Step-Together-Step-Touch” Copyrightable?
Dances can be protected by copyright if they rise to the level of a “choreographic work.” 17 U.S.C. § 102(a)(4).  Congress has not defined “choreographic work,” but legislative history behind the Copyright Act of 1976 provides that choreography does not include “social dance steps and simple routines”  See H.R. Rep. 94-1476 at 54 (1976).  The Copyright Office has instructed that “[i]ndividual movements or dance steps by themselves are not copyrightable, such as the basic waltz step, the hustle step, the grapevine, or the second position in ballet.”  See Compendium of U.S. Copyright Office Practices § 805(A) (3d ed., 2017).  Indeed, “short dance routines consisting of only a few movements or steps” cannot be registered, “even if the routine is novel or distinctive,” and social dance steps and simple routines are not protectable “even if they contain a substantial amount of creative expression.” Compendium (Third) § 805.5(A).  After all, “individual elements of a dance are not copyrightable for the same reason that individual words, numbers, notes, colors, or shapes are not protected,” id. (citing 37 C.F.R. § 202.1), since allowing copyright protection for these “building blocks of choreographic expression” would “impede rather than foster creative expression.” Id. (citing Horgan v. Macmillan, Inc., 789 F.2d 157, 161 (2d Cir. 1986)).

When it comes to the Fortnite plaintiffs, the “choreographic work” bar may be too high for their dance moves to bunny-hop around.  For example, the Copyright Office rejected two variations of the “Carlton,” finding that one, a 21-second clip showing a three-step routine performed by Ribeiro on the Graham Norton Show was a “simple routine,” and the other, a six-second clip of Ribeiro performing a single step from the “Carlton” at the American Century Golf Tournament, comprised a “single step,” neither of which constituted a “choreographic work.” Frankly, because Fortnite’s emotes are only seconds-long, there is little room to incorporate an entire “choreographic work.”  As a result, most short dances appearing in Fortnite could arguably be construed as “simple routines” or “simple steps.”

It’s Not the Idea that Counts 5-6-7-8
Under 17 U.S.C. § 102(b), ideas, procedures, processes, systems, methods of operation, concepts, principles, and discoveries are ineligible for copyright protection.  The dichotomy between a non-copyrightable idea versus a copyrightable expression of an idea is particularly important when it comes to copyright and dance.  Although certain means of expressing a dance may be protected by copyright (e.g., through a recording of the choreographic work), the idea or process of the dance itself cannot be.  See, e.g., Bikram’s Yoga College of India, L.P. v. Evolation Yoga, LLC, 803 F.3d 1032 (9th Cir. 2015) (sequence of yoga poses and breathing exercises set forth in a book not protectable as they reflect an ineligible idea, process, or system designed to improve health).  This distinction is critical in preventing any one individual from monopolizing rights over physical sequences and movements by placing them in a tangible medium as choreographic works.  See  id. at 1044 (explaining that the “idea/expression dichotomy thus ensures that expansive interpretations of the categories enumerated as property subjects of copyright will, ‘[i]n no case,’ extend copyright protection beyond its constitutional limits”).  This dichotomy further complicates the Fortnite plaintiffs’ copyright infringement claims since the emotes are arguably transformative expressions of the artists’ dance moves.  In other words, Fortnite is arguably employing its own expression of the idea of these popular dances.

The Supreme Court Takes Center Stage
Before Ribeiro could respond to Epic Games’ motion to dismiss, the Supreme Court released its opinion in Fourth Estate Pub. Benefit Corp. v. Wall-Street.com, holding that copyright owners cannot bring infringement lawsuits until after the subject work has been granted registration by the Copyright Office. Fourth Estate Pub. Benefit Corp. v. Wall-Street.com, No. 17-571 (U.S. Mar. 4, 2019).  Section 411(a) of the Copyright Act provides that “no civil action for infringement of the copyright in any United States work shall be instituted until . . . registration of the copyright claim has been made in accordance with this title.” 17 U.S.C. § 411(a) (emphasis added).  Before Fourth Estate, circuits were split on their interpretation of the “registration” requirement.  Some circuits interpreted “registration” to mean that an infringement claim could not be made until the Copyright Office issued a registration; others, including the Ninth Circuit, interpreted it as simply requiring plaintiffs to properly apply for registration before initiating an infringement action.

Initially operating under the “application approach” the Fortnite plaintiffs filed suit after merely applying for copyright registration.  However, in direct response to Fourth Estate, as of March 8, 2019, nearly all of the Fortnite plaintiffs have voluntarily dismissed their complaints without prejudice, apparently planning to refile in accordance with the new precedent.  (https://www.law360.com/articles/1136676).  The Fourth Estate decision highlights the importance of what already was a “grand jete” for the plaintiffs—whether their dances were protectable copyrights in the first place.

Takeaways and Guidance for Other Artists
While we await the refiling of the Fortnite plaintiffs’ complaints, following are suggestions for artists seeking to enforce their rights in and to their sweet, sweet moves:

In light of the recent shuffling by the Fortnite plaintiffs, other artists watching from the wings may wish to carefully consider their “steps” when seeking to enforce their rights in and to their creative works.