If you are a fan of the Westminster Kennel Club Dog Show, you might not recall hearing the name Cubby called during the competition. 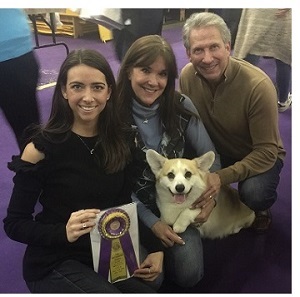 “Cubby is shown most of the time by my mother, Kelli,” explained Lindsey. “But at this year’s Westminster Dog Show, my aunt, Sherri Hurst, showed him.” Hurst has been a professional dog handler and breeder for 30 years.

The Westminster Kennel Club is America’s oldest organization dedicated to the sport of purebred dogs. Established in 1877, Westminster’s influence has been felt for more than a century through its 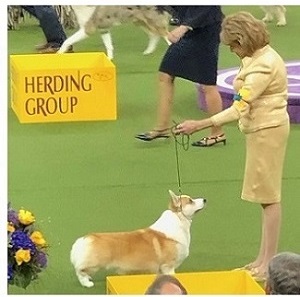 famous Westminster Kennel Club Dog Show held every year at New York City’s Madison Square Garden. The all-breed benched show is an annual event showcasing nearly 3,000 dogs. It is also the second-longest continuously held sporting event in the United States, trailing only the Kentucky Derby by a mere two years. The competing dogs are sorted into groups based on breed — hound, toy, non-sporting, sporting, working, herding and terrier. The group winners advance to the Best in Show competition. While the event itself has been held annually since 1877, the Best in Show award has been given out every year since 1907.

When Cubby’s not stealing the spotlight at the center of the show, he is melting the hearts of his 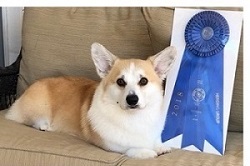 “[Cubby]’s a real sweetheart,” says Lindsey. “He enjoys sitting on the couch, eating peanuts and watching sports with my dad.”

Lindsey says she and her family are “ecstatic with the win” at the Westminster Dog Show and so proud of their sweet Cubby.