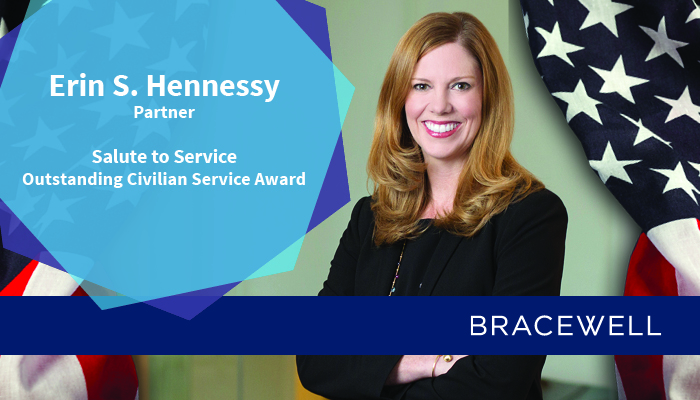 In a week-long Salute to Service, Bracewell continues its series of stories from across the various sectors of military life.

Bracewell trademark and copyright department chair Erin Hennessy is living proof that hard work and networking make it possible to create a successful practice while balancing the demanding requirements of military life.

Erin met her husband, Col. Joseph D. Davidson, in New York when she was the chief trademark counsel for Time Warner Inc. The two were married in 2008 and Erin relocated to the Pacific Northwest where her husband was stationed. Erin’s networking helped her find a position with a 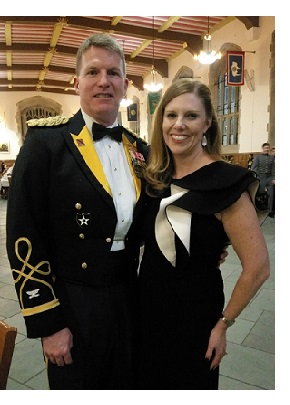 Seattle-based firm looking to build its trademark practice. She was with the firm for about two years before being recruited by Bracewell.

“I told [Bracewell] I was an Army wife and could move at any time,” said Erin of her recruitment process by Bracewell in a past Military Spouse J.D. Network (MSJDN) spotlight. “They were incredibly supportive, and responded by saying, ‘We have offices in many cities and we support the military.’”

Erin put that support to the test working in three different Bracewell offices as her husband’s military career took him from Seattle, to Washington, DC, and eventually to New York.

While maintaining an active practice, Erin has served alongside her husband as a civilian volunteer at each of the bases where her husband has been stationed. Erin’s contributions were recognized on August 3, 2018, when the Department of the Army awarded Erin the Outstanding Civilian Service Medal for exceptional volunteer service to the United States Military Academy at West Point, New York. The award is the third-highest honor within the public service awards scheme of the Department of the Army that can be awarded to a private citizen.

“It is so humbling,” said Erin on her award. “There are so many deserving people who could have received this award. I am extremely honored.”

As stated on Erin’s award certificate: “Her efforts contributed immeasurably to improve the quality of life at West Point for numbers of soldiers, families and cadets.” 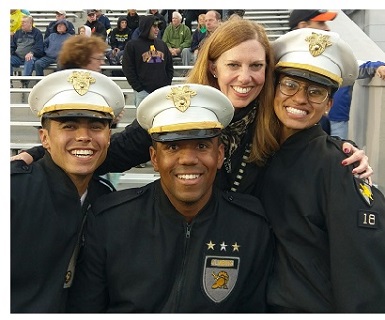 This was not the first time Erin has been honored for supporting her husband and the military. Erin first received the Outstanding Civilian Service Award in 2010. She was also presented with the Commander’s Award for Public Service in 2011 and 2016, which is the fourth-highest public service decoration the Department of the Army can bestow upon a civilian. In 2013, MSJDN bestowed upon Erin the Professional Excellence Award, which recognizes an MSJDN member making significant contributions to the legal profession. In 2010, Erin was given the US Armor Association’s Order of St. Joan D’Arc, which honors soldier’s spouses who consistently volunteer and significantly contribute to the morale, spirit and welfare of the Armor and Cavalry community.

As a Calvary officer, Col. Davidson served in a variety of command and staff positions in combat brigades throughout the United States and overseas, including multiple combat deployments to Iraq. He received numerous awards and decorations for his service. Col. Davidson also served as Deputy Commandant of Cadets at West Point.

Col. Davidson retired from the military in October 2018 after 33 years of service.

The two native New Yorkers can now take permanent root in the Empire State as Erin continues to lead and grow Bracewell’s trademark and copyright practice.