The Rose Parade will have an extra-special meaning for one Bracewell family this coming New Year’s Day.

CIO Kirk Scruggs and his wife, Christine, are booster club presidents of The Pride of Pearland Marching Band in which their son, Nicholas, 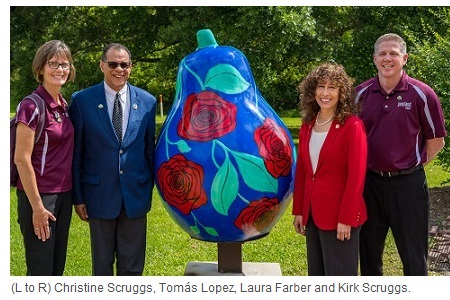 currently plays the tuba. The couple’s two eldest sons, Jacob and Zachary, are Pearland Band alumnus. Come this January, the Pearland Band will be one of only 20 bands from around the world that will march in the 2020 Rose Parade.

Pearland was chosen to march in the 2020 Rose Parade because of its musicianship, performance ability and the selflessness its members demonstrated during Hurricane Harvey. The school and band hall provided temporary shelter for individuals and families who lost their homes to the storm.

Earlier this month, Pasadena Tournament of Roses President Laura Farber traveled to Houston to extend a formal invitation to the Pearland Band to participate in this coming year’s parade. Bracewell hosted a reception with Farber — who is a litigation partner at a Pasadena law firm — and her husband, Tomás Lopez, to celebrate the band’s achievement. 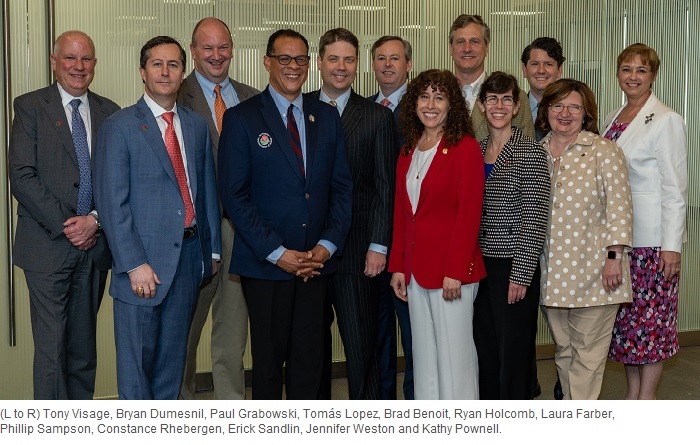